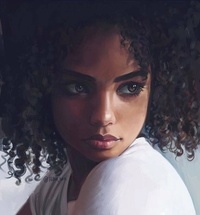 This is where I will keep public notes on Perks as I workshop the Perk System for its full implementation. Anyone who has ideas for perks or suggestions for them system as a whole, can place them here.
_________________

Good afternoon! I'm here to post a few suggestions and request a clarification in regards to one perk in particular. With that said, let's get into it.

First, why not a perk that increases Ryo payouts from missions?
Last night it was pointed out that there's a ton of passive income going around which isn't necessarily a bad thing. However with that being the case, perhaps allowing someway for the guys and gals who focus on combat capabilities in full and not crafting and such to make a bit more for their efforts is in order? The exact numbers are obviously up for debate, it's just a thought.

For the crafters out there who don't have access to Master-Craftsman.

That restricted is very strong I think we can all agree and with it being limited to three slots it does have the capability of having some of it's more quality of life style perks very much locked up. In my eyes, the major thing about MC is the capability of creating X-Rank equipment, which I fully believe needs to stay locked behind a restricted barrier. However what about reducing crafting times?

Why not a perk that gives crafters a non-stackable reduction on their crafting times?

You know chemistry has the chem station that doubles yields on chemmed goods. But what about a perk that doubles the amount you get per price per unit of materials from the market? So instead of paying the price for 1 unit of ebony and getting 1, you pay the price for 1, and get 2?


I notice in perks now that there are some that skirt around some rules that have been around on the site for quite a while. In particular I mean the alts-helping-alts perk. Which is interesting and neat to see. However I wonder if a secondary option can't be made to help those who focus on individual characters and not have alts?

With that said why not a perk that allows someone to break the solo posting exp cap of 3 posts a day to some degree? Or increase that cap permanently?

How about one that increases the bonus mission exp cap? To be clear, I'm referring to the rule that caps how many missions you can get the mission bonus exp from in a month to 5. I'm not talking of removing it from them, but perhaps increasing it to 10 or so? That way you give them a rewarding perk that still keeps people from getting out of hand and prevents what happened to cause the rule to be instated in the first place (<.<, >.>).

I think that's all my idea regarding suggestions but there's one in the system that I would like to see clarification on.

'Dual Casting: An innovation brought about by the War. Dual-Casting allows you to cast two different Ninjutsu simultaneously by using each hand to complete a different set of seals. This perk requires the One-Handed Seals UA and it doubles the tier penalty resulting in a -2 Tiers to Coordination for the purpose of using it. Requires Ninjutsu.'

The particular UA this is referring to has two versions. The Clanless one, and the Clanned one. The clarification I'm wondering is, since this 'doubles' the penalty, is this meant to allow clanless to dual cast techniques with no drawback? Does it simply give them a -1 tier to coordination instead of a -2?

For that matter what of those who have seal-less combat? Do they get to dual cast their respective skills/elements without seals? Are they required to use seals for one of them?

A perk that increases thread limits?
If they can keep up, why not? 5 per character seems to have worked fine and it'll open up people with said perk to progressing thanks to more exp coming in.

Remember the old exp amounts? 20 per post in missions, 5 extra per post when training in the training ground etc? Maybe bring them back as perks under separate perk trees. Preventing people from getting all of them and such.

Maybe a perk that removes the exp penalty from flashbacks? That encourages and opens up options for people to do some awesome development.

A perk that in some way reduces travel time?

A perk that gives additional experience when threading in ones home?

Most of the UA's on the site actually could easily be perks. Why not eliminate the UA system and combine it with the perk system? Some UA's are really powerful and give nothing but options, like One-Handed Seals for example. If you take the standard UA's, and maybe some of the custom ones too, from the site and instead incorporate them into the perk trees. You end up with a system that gives people options. But still requires them to make some sacrifices. 'Do I want to give up getting One Handed Seals, in exchange for 'x' to use the same example as above.

Clanless could either get a single ability from a different perk tree as their 'freebie UA' or you can retain the 'UA' system and instead only have it for clanless characters who get to pick one thing.