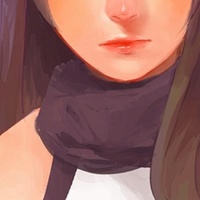 Name: Satya of the Forbidden World
Rank: A
Activation Cost: 5
Upkeep Cost: 1
Range: Sight
Speed: Instant
Skill: Doujutsu
Classification: Otsutsuki
Requirements: Rinnegan
Parent Technique: N/A
Hand Seals: None
Description: Calling upon his connection to the Rinnegan, the user is able to access a higher level of vision which reveals truth. This sight reveals to the user the presence of those walking any of the Paths to Nirvana, that is, any possessing the Rinnegan. The Rinnegan users are pieces of the same whole and it is with this connection that the user is able to perceive an aura of either purple emanating from the target.
Weaknesses: The aura itself does not project visibility through obstacles; the user must have line of sight to at least part of their physical form to perceive the aura.

Approved assuming there isn't an issue with it detecting fellow Rinnegan users.


Name: Cellular Fusion
Rank: A
Power: A
Activation Cost: 15
Upkeep Cost: 5
Range: N/A
Speed: N/A
Element: Yoton
Skill: Ijutsu
Classification: Secret
Requirements: B-Tier Intelligence
Parent Technique: Healing Regeneration Resuscitation Technique, Chakra Scalpel
Hand Seals: N/A
Description: This jutsu is a method of combining separate genetic code to make a new whole. Obviously, the user will be unable to actually splice genetics, therefore rendering the method no more effective than a standard transplant. However, this does afford the user the ability to combine cells from two different people. The process starts by taking samples from two different people and splitting the red bloods cells with chakra, much like the Chakra Scalpel technique. The split cells are then pressed together and mended via healing chakra, allowing them to grow together as a new whole. This process is done around a dozen times, depending on the user's skill and experience with the technique. Once complete, the user induces cellular mitosis in the same way that the Healing Regeneration Resuscitation technique does, albeit to a far lesser scale. The newly made cell splits and regrows repeatedly until the new type of cell that was artificially made becomes a usable sample. This takes several minutes, due to the speed of the mitosis caused by healing chakra. After the sample is generated, the user can observe the viability of the new cell by doing the standard implant dice roll and then inject the sample into his body. The cells continue to multiply by means of the noted upkeep until the entire body has adapted, thus completing the implant.

If, however,  these generated cells are injected into a body with completely different genetics, that is, cells that are less than fifty percent similar to the new cells, then they will be expelled immediately and the implant will fail and the sample rendered useless. This is why no more than two cell types can be used at a time and the recipient must be the owner of one of those cells.

In the case of organ-specific Bloodlines, such as a Doujutsu, the organ to be implanted must be mixed with the user's cells in its entirety. This ensures that the organ is fully used up in this process.

Weaknesses: This process is quite nearly foolproof, meaning that whatever result is determined by the initial dice roll is the permanent result of mixing those two cells. If the user is unhappy with the result, he won't simply be able to try again, as he would if doing a regular implant. Instead, he'll need to seek out a different donor entirely. The adaptation process takes 10 posts to complete, during which time the user will be unable to use any Kekkei Genkai abilities and will need to continuously pay the upkeep. Failure to pay the upkeep will result in the denial of the new cell type, causing a tier reduction to Constitution for every post that adaptation happened. This reduction lasts for five posts, while the body works to rid itself of the foreign cells. This means that if the user cuts off the process too far in, it could very easily kill him, especially if his Constitution was low to begin with. Note that this does not change in any way the chances of success. It is an alternate method to the standard implant and more in depth for those who want to feel more complete or renewed by it, because the user really does become a whole new person after this process; maybe not in mind, but certainly in body.

I'm extremely dubious on this one since I already mentioned I wouldn't vibe with it before, so I'll get back to it. Helps that it's more defined this time, though.


Name: Demonic Draining Chains
Rank: A
Power: A
Activation Cost: 15
Upkeep Cost: 5
Range: N/A
Speed: Instant
Element: N/A
Skill: Doujutsu
Classification: Secret
Requirements: Rinnegan - Outer Path
Parent Technique: Demonic Statue Chains
Hand Seals: None
Description: When using the parent technique on a Bijuu, Jinchuuriki, or an object containing a Bijuu, the user can project his link with the Gedo Mazou beyond the chains themselves to channel its consumption ability. The Gedo Mazou typically devours Bijuu chakra to reconstitute its original form while drawing chakra from the user to function in combat. This technique blends the two, using the chains as a medium to feed Bijuu Chakra directly to the Gedo Mazou, with the user acting as a relay. The Gedo Mazou will then use that absorbed energy, rather than the user's, to be summoned and use its abilities. Once this energy is gone, the statue will drain the user as normal.  This technique drains 25 points per post.

Drains bijuu chakra via demonic statue chains. Can be used for the Gedo Mazou and Bijuu techs only.
Weaknesses: Because the chakra absorbed by this jutsu is fed directly into the Gedo Mazou, it cannot be used to offset the upkeep nor can it be accessed by the user. Once the Statue is fed 500 points of chakra from any one Bijuu, it will open the associated eye, sealing away that energy. Once this is done, that energy cannot be used or accessed by anyone, even the statue, and this jutsu will no longer be effective against that Bijuu.


Name: Demonic Draining Transmission
Rank: D
Power: D
Activation Cost: 3
Upkeep Cost: 1
Range: 500m/3km
Speed: Instant
Element: N/A
Skill: Fuuinjutsu
Classification: Secret
Requirements: Rinnegan
Parent Technique: Demonic Binding Seal, Black Receivers
Hand Seals: One-Handed Tiger
Description: By forming the seal,  the user is able to reverse the flow of chakra normal for black receivers. This causes energy contained by all receivers in range to transmit to the user at a rate of 5 points per receiver per post. The Demonic Binding Seal or similar technique must be applied before using this jutsu in order to store energy within the receivers.
Weaknesses: The base range is 500m. The 3km range is only usable if black receives are embedded into the user, per the parent technique. Energy drained by this technique cannot be recovered by the seal from which it draws; the Demonic Binding Seal holds 25 points, so it'll take five posts to empty it. Once it is emptied, it cannot absorb more energy, so a new one must be applied. Care must be taken when using this technique. All eligible receivers within range will transmit 5 CP per post, opening up the user to Chakra Burn. This burn effect is identical to the one present in the Preta Path, which can lower the user's maximum stamina pool and eventually lead to death if the user exceeds his stamina limit by more than 30 points. Can only be used with Black Receivers created by the user.

Drop the range to 50m and 150m if receivers are embedded by you.


Name: Sensing Relay Transmission
Rank: B
Power: B
Activation Cost: N/A
Upkeep Cost: 3
Range: 500m/3km
Speed: Instant
Element: N/A
Skill: Sensory
Classification: Secret
Requirements: Rinnegan
Parent Technique: Black Receivers, Sensing Technique
Hand Seals: Bird -> Snake
Description: Allows the user to extend his sensory range by activating Receivers in range as relays. The user's chakra spreads out much in the same way that his sensory range does, but upon receivers in range, allowing them to take in sensory information as though the user were standing in their place. This information is then immediately transmitted back to the user.
Weaknesses: The cost of this technique is in addition to the Sensing Technique, which must be active to user this jutsu. Only Black Receivers created by the user that are within the base 500m range can become relays. This range increases to 3km if the user imbeds receivers into himself, per the parent technique. The user and the relays can only sense up to the user's normal sensing range. Especially in the case of the 3km relay range,  this can leave large gaps in the user's sensing area that can fairly easily be avoided. The receivers, when acting as relays, project a noticeable aura across their sensing range that other sensors can detect, allowing them to stay out of range whenever possible. "Not everyone's perfect... but sometimes the world seems like it'd be better off if they were."
Updates | Application

Stats:
Strength: C+
Constitution: C
Stamina: A
Speed: B
Coordination: A
Intelligence: B
Perception: A

Demonic Draining Transmission is meant to be used alongside the Six Paths of Pain, putting Zurui in a Nagato type situation where he's sitting away from the field and uses this technique to drain those stuck and sealed by his paths. Forcing him to come out onto the battlefield in order to be in range defeats the purpose of the playstyle. I can lower the amount drained, if that helps, but the range reduction is a bit too killer for me.
Shimiko Chinoike

It would be helpful if you gave a specific example of how you plan on using Cellular Fusion. Another concern I have is that you could use this process to create organs out of cells which would in turn allow you to perform transplants with blood samples which I have a strong presumption against (the notable exception being Senju DNA).
_________________

It would for some things. Advanced elements could be implanted with a blood sample, much like Senju, in exchange for having no ability to retry the procedure if you don't like the result, so you're stuck with that result no matter what you do.

This won't affect Doujutsu or other kkg that involve a specific body part. That is to say it could be used on them, but you must use the whole organ and not just a sample. So if you happen to be missing a hand and want to implant one, you use the process on the whole hand -it doesn't regrow things.

The idea behind it is to meld the implantee with the material such that it becomes part of the implantee on a cellular level. You won't have a discolored hand or two separate genetic codes,  you'll be whole.
Shimiko Chinoike

@Zurui wrote:It would for some things. Advanced elements could be implanted with a blood sample, much like Senju, in exchange for having no ability to retry the procedure if you don't like the result, so you're stuck with that result no matter what you do.

Problem is if its just blood you need then you can kinda remake an organ from fresh.

All it creates is a large mass of cells. The cells don't combine into tissue, let alone an organ. But whatever, I'm tired of this.
Go to page :