Mission Name: Patrol The Emporium
Mission Rank: B
Theater of War: N/A
Relevant Plot NPCs Nope
Mission Goal: Patrol The Heavenly Emporium to keep the peace
Description: The Heavenly Emporium is an absolutely essential place for all sides of the war. It provides neutral ground for diplomatic envoys, and safety for those who seek refuge who aren't from one of the villages. Everyone has a duty to ensure it's safety and protection no matter what is going on in the war. Patrol the Emporium and ensure that no one is preying upon those who have been displaced by the war.
Payment: 25,000
Maximum Number of Participants: 4

Valen was the first to arrive at the Emporium's main entrance, and he was waiting for his mission partner to arrive. He wasn't particularly excited about this one as his mission partner was a shinobi from another village. Someone that they were at war with outside of the walls of the emporium. Valen himself was obviously of Kumogakure, given that he was wearing a basic uniform of that village. His headband was wrapped around his arm and his brilliant green eyes took in his surroundings warily.

Their mission today was to patrol the Emporium, a neutral place in a world that had devolved into fighting across multiple countries. The Emporium's proprietors, The Stag Emporium, was careful not to take sides and to ensure that everyone had a safe harbor to come rest, resupply, and get healed. Of course, they would be making a profit doing it, after all, nothing was free.

Of course since people from any country and any village could be in the Emporium these patrol missions couldn't be taken by any team that was consisting of shinobi from a single village. This was to ensure that there was no bias occurring on these patrols. Valen could understand the reasoning, even if he didn't intend to cause any trouble. People were people no matter where they were from. So bias wouldn't be an issue for him though. His potential partner however was going to be a bit more of a wild card as he had no idea who they were or what their personality might be. So he waited, leaning upon a wall near the Emporium's main entrance where their patrol was supposed to begin. 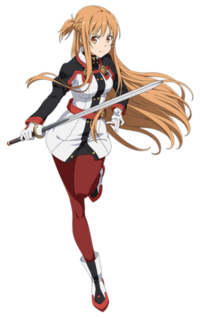 Kagura once had complained about not having enough experience and wanting to get out into the real world and test her skills against people who would do her and the people she loved harm. To protect them, shield them, and be their rescue when needed, and above all, prove to her parents, and even more so Akari, that she could be useful to the village more so than running down a trail to buy out an entire country. Sure, it was an important mission, but at the time, it had been a really peaceful one. She literally had just run up there, bought it, and run back, probably setting a record in the process considering she had been able to run the entire time without stopping far faster than most people could even track with their eyes.

Now... everything was different.

She wished she could go back and appreciate the simplicity that peace had brought. How easy things had been. Now, in the heat of the war, she had proven herself time and time again... she really was strong. Not quite to the point where all the elite that she knew of were at, and definitely not to the point where Akari still resided quietly, but definitely was closing that gap. She wanted to stand beside Akari not just as an equal person, but an equal Shinobi. She wanted to be able to protect her when the time came, and not just be in the way of a major, heavyweight fight. A Sentinel, always ensuring that the woman she loved stayed safe and sound, even squashing threats that Akari would never even realize were there.

So this mission was a breath of fresh air. No direct combat, no running around the battlefield in a blur to take down as many as she could... just a simple patrol with a Shinobi from another village through the Neutral Zone. The Emporium was important to all ninja, and an example that peace, even amidst the chaos of this war, was possible... a beacon of hope, to realize Akari's dreams. Kagura was in her Standard Uniform , the Konoha Emblem adorning both shoulder-pads as a subtle indentation. Approaching who matched the description of who she was supposed to meet, she offered a smile. "Good Morning Sir. Are you here for the Patrol Mission? This is the rendezvous point for it I believe." She looked at a nearby shadow for just a moment, running mental calculations instantly... she was still fifteen minutes early, as she always was... it was possible he was the one she was supposed to relieve and she would be waiting a little while for her partner to arrive.

Valen would notice the woman with long brown hair and eyes the colour of honey approach him and would listen intently as she greeted him and asked him if he was there for the patrol mission. The blonde haired man would nod his head in affirmation before lifting a hand to greet his partner. Should she take it he would bend over it and brush his lips across the back of it. Not out of romantic interest, but simply in the sense of greeting a woman the way a gentleman should. Upon his return to uprightness he would give her a small smile. "Yes, my name is Valen and I'm your partner for this patrol." He would say in greeting after letting go of her hand. "I'm a genin from Kumogakure. It's a pleasure to meet you, Miss?" He would say, giving the relevant information to her. His rank would give her a general idea of his combat ability. He wasn't sure what her rank was but given his low one she would probably be taking the lead here.

That was the thing with missions no matter where it was and what it was for. Someone had to be the 'leader'. So in the Emporium and agreement had been made that whoever was the highest rank was to be the leader of the missions. It wasn't perfect, because if two people of the same rank go put into the same mission it came down to who had the rank longest. Which didn't necessarily equate to 'ability' but it was the only way to ensure that things went as smoothly as possible. Still Valen didn't have any issues with not being in charge. Frankly, he wasn't strong to warrant it yet, it was something he was working on. "If we're here already anyway, shall we go? Or would you rather wait and talk a bit for the time we have remaining before our patrol 'has' to start?" He'd ask politely, both routes had their merits. Talking allowed them to learn more about each other and so they might understand how they might act in certain situations. Meanwhile, getting started allowed them to start their patrol and ensure nothing was afoot.
_________________
Character Name: Valen Minamoto
Spendable Experience: 0
Total Experience: 700
Renown: 0
Ryo: 45,500
Stats:

Kagura smiled at his formality, which was extremely refreshing. "Just Kagura, if you will Sir. I think that we can get this patrol nice and wrapped up without much difficulty." Her senses weren't the sharpest, but she could almost feel the electricity radiating off the man, and the more that she found out about what he was capable of the better prepared she would be if she had to face him in the future. She hoped that wouldn't happen, but 'forewarned is forearmed' was a mentality she had adopted early on in her life and had saved her skin more than a few times. Proper preparation, even for something that would never happen, was never wasted time and effort in the slightest. "Let's begin." With that said, she pivoted towards the patrol route she had memorized and moved to start the task.

The patrol, for the mostpart, was uneventful. Plenty of talk between the two of them, certainly, but nothing so outrageous that either of them really got a hint towards anything that could be coveted as a secret. While the recon might have been a failure, one thing that Kagura could certainly say was that she had enjoyed the mission because of Tamwyn's company. He was respectful, professional, and someone who fit her spectrum of what a soldier should be in the first place. The mission was actually something that took less focus and effort than the conversations they shared, and she could say by the end of it that she was overall enjoying the man's company. He would have made a good soldier under her command, and it was a shame he was in a rival village. Perhaps she would have to make some sort of arrangements to see if they could work together again someday soon.