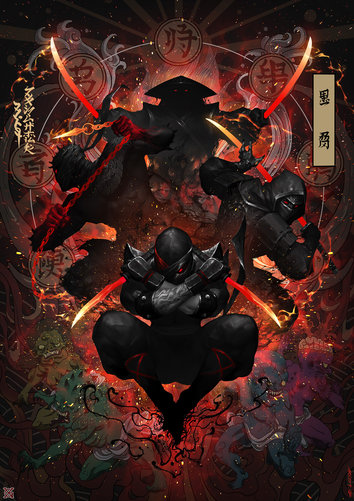 The First Shinobi World War
From 936 A.S. to 939 A.S. was a period of major battles collectively known as the First Shinobi War. Unlike prior conflicts which had definitive sides, the First Shinobi World War was marred by a period of shifting alliances and enmities. The major belligerents were the Minor Nations and Major Nations of Kishin. The Minor Nations were pitted against one another but occasionally they banded together to challenge the Major Nations. It wasn't long before the entire world was swallowed up in a never-ending sea of bloodshed. Towards the end of the War, however, the re-appearance of the Water Disciple and his brethren forced the shinobi of the Major Nations to unite or face extinction. The war was won but at a heavy cost. Territorial acquisitions were lost, economies were shattered, and an entire generation of ninja were either killed or traumatized.

These missions allow players a chance to participate in this historic armed conflict.