The sound of clattering footsteps, shoes stamping upon the ground as a quickly dashing young girl ran through the masses and apologized to a few she'd bumped into previously. Inside of the girl's red hand was a scroll with the letter-mark 'C' patterned on it, symbolizing it was a C-ranked Mission that she had been asked to attend and deliver.

The light of the day shimmered inside of her eyes, excited at the prospect of being able to take on a nice solid mission for once and she knew just the person to go on it with. Ever since they'd met at that restaurant Yoko had always come to bug and pester Sakata in order to get the man to help her learn, grow and get out of trouble whenever she was caught up in it.

With a loud 'Sakataaaaaaa!', Yoko would lock her eyes onto the man and attempt to barrel herself right into his side in a sort of tackle! There was no malicious intent behind it, she just enjoyed messing with him and catching him off-guard with her light-hearted assaults!
_________________ 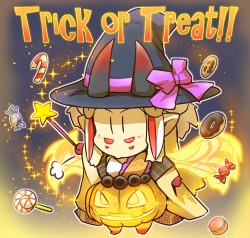 Re: The Harsh Message (Mission)

Sakata silently peers about his surroundings with a curious, hazel-tinted leer. The rather calm male keeps his hands tucked into his pockets as he mostly spaces out, tapping his foot along the ground while leaning against the back of a metal bench in front of a few establishments. He'd just left a small eatery that he usually came to early on in the day to eat at, having become a usual face there. Afterall, with his previous students finally getting a promotion, he didn't have a reason to bother with doing much. For now he could just relax and maybe walk around the village while he still had no replacement students.

Just when he's ready to go ahead and get a move on, his gaze promptly shifts in response to hearing his name being shouted close by. Sure enough, the male's tackled by the young oni, blinking in mild surprise before offering his signature, goofy grin. "Heya! What's up Yoko?" The Kishima inquires casually, peering down upon her. It didn't take long for the male to take notice of the scroll within his grasp, but he figured it may be for something else.

As far as appearance went, he's wearing the standard Jounin uniform: a Kumogakure flak jacket and a black, somewhat baggy sweatsuit covering him from his neck to his ankles, matched by sandals. Normally he walked around with more casual clothing on, but that didnt stop him from occasionally abiding by the necessities of his ranking every now and then.
_________________