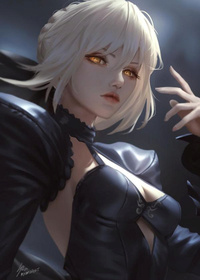 Kara was not the type to often consider money. In fact, unlike the stereotypes given to the rich; where all they did was roll around in their piles of wealth, she didn’t think of it much at all. It was a constant source of amusement of late, the idea that those that thought most about it were those that had the least. She was quite sure that most of them did not realize that. She had recently had her suite decorated - dark and rich woods, coloured leathers and opulent silks stretched throughout the rooms she had in the building built for the Stag Emporium. Sitting at her ornate and gothic looking desk she pored over the letters that had been sent her way. She had received 300,000 ryo as a signing bonus when she assumed the role of head of research and development. The title was a bit of a mouthful, but the position suited her fine, being in charge of people was something she was practiced at. While she didn’t think often of money, she did understand the importance of investment. So with an expert hand she wrote a letter assigning her bonus to the investment in one of Okane’s shops; based on what she’d seen of his business style it would provide a tidy return. After sending the letter and money out by courier she would continue making decorative adjustments to her suite.
_________________

Kara was making good on her debt. She had agreed to pay Azuma 40k ryo per month for his services however the amount to be deferred until she had established herself. Looking over her own finances she could say with confidence that she was definitely established with Sunagakure. As she sat in her opulently decorated office she pulled out her writing supplies and got to work. It was a simple matter of sending a letter out to her bodyguard with instructions to acquire the 80,000 ryo at his leisure. Looking through her mail she also came across a request from a fellow chemist, Koshaku, for a loan of 225,000 ryo to improve his business. Being that she was more than solvent she didn’t see the issue in helping out a fellow civilian. She would pen another letter to the man and send out both letters and the money by trusted courier and return to her piles of papers.

Post 3 - Lending Kensai 1m ryo
Kara had heard whispers of the rebuilding of the Iron Country. She doubted that many were privy to the same information she had garnered; especially since she had a more inside perspective on the matter. Kensai being her roommate gave her an inside look at the upcoming politics in a potential new nation. One that she was invested in making work. She couldn’t imagine any reason why a savvy business person wouldn’t want to invest in what would be a formidable ally - at least in business. After some consideration she would bring this up to Kensai himself, stating that she was willing to loan him some of the money necessary to rebuild his ancestral home on four conditions. That the money be paid back, that it would secure free trade for herself between the Iron Country and wherever she may be, that she and any trusted entourage be guaranteed safe passage and that should she desire to expand her business she be allowed the space and rights to do so within the capital. When all was agreed upon she would offer him a gift, her remaining vial of ‘Spinal Tap’, with strict instructions that it only be used in the most dire of circumstances as it is unlikely to have it’s victim survive so there would be no changing of minds. Handing over the leather pouch containing a vial of light blue liquid and a satchel containing one million ryo she would wish Kensai good fortune in his endeavours, with the promise to visit him as soon as she was able.

Post 4 - Fully Invested Shop
Kara was pretty fortunate that she had made some friends, friends who happened to have money. While she had been busy chasing trains and killing bandits her good friend Okane had set up a shop for her and invested quite a lot of money into it - one million ryo to be exact. Kara was ecstatic, the only thing she liked more than money was money that she didn’t have to work too hard for. Okane was great, so great that she sent him a letter telling him how great he was. Now all she had to do was collect her shop's income and decide if she wanted to repaint the interior.

Since Damien had set up a shop in Sunagakure Kara decided that she should support it. She wanted him to do well, it did benefit her after all. Gathering the funds was hardly an issue and with a quick pen stroke she would send off 3,000,000 ryo and happily accept partial ownership in Darhk Industries, in the form of 30,000 shares. It was a small part, for now. But it was hers.
_________________