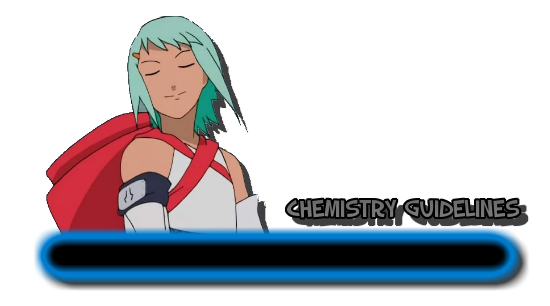 - Chemistry: The art of understanding how periodic elements interact with each other as well as the body. Learning this skill allows you to create deadly poisons,combat drugs, medicines, unique chemical compounds, explosives, and just about anything that has a complex chemical composition.

- Cooldown: Although Chemistry has many practical usages a Chemist must always remember that putting foreign chemicals in ones body usually has harmful effects attached to them. It is important for a chemist to know and let their patients/customers know the side effects of their product, as well as instructions for use. Failure to successfully go through a cooldown cycle will damage the body and potentially lead to an overdose with drugs, while medicines simply negate their effects. The cooldown will be negated if a suitable amount of time has passed ICly. (i.e. a few hours IC or a "rest period" to process the drug out. If you only post twice in a month OOC you won't overdose despite weeks ICly passing since your last dose.)

Toxic- Reusing any drug before or during the cooldown will delay the drawbacks and refresh your duration for the benefits. Cool, right? However, your body can only handle so many foreign chemicals in one sitting. For every rank your Constitution is above the rank of the drug is how many times you can repeat this process until you reach the Overdose stage. When the duration of the drug wears off the cooldown process begins again. This time the cooldown is doubled and the user suffers a one tier decrease in Intelligence in addition with the drawbacks of the drugs taken as a result until the entire cooldown is over. If multiple different drugs were taken, the longest cooldown is the one that will be followed.

Overdose- At this stage, accepting any more drugs will inevitably kill your character no matter the rank. The user will still suffer a one tier decrease in Intelligence as well as a two tier decrease in Constitution along with the standard drawbacks of the drug. If at anytime the user's Constitution drops below E-tier they will go into a comatose state dying ten posts later, or four hours IC unless given medical attention. The cooldown time is now tripled at this point.

- Addiction: Addiction is caused by using a single drug multiple times within a short frame of time. Unlike toxicity, which is relative to using many drugs within a posting time frame, addiction refers to one drug being abused over a span days, weeks, or even months OOCly. The rank of the drug determines the time frame required to wait in order to safely use the drug again. The amount of ranks the user's Constitution is above that of the drug's is how many times they can repetitively take a drug before they become an addict themselves.

An addiction is relatively harmless depending on the character and drug used. An addict must use the drug they are addicted to at least once within its rank's time span to feed the addiction. Failure to follow this procedure will result in the character suffering temporary debuffs in the stat the drug modifies (ex. If I'm using a drug that boosts stamina by +2 advantages my stamina will be at -2 disadvantages.) The temporary debuffs will subside after the rank's time span is complete. After that your character is no longer addicted to the drug and all negative effects are clear. Within the addiction process you may only take a drug so many times before you build a tolerance to it. This is determined by how many tiers of Constitution you have overall.  **Note: E-tier is given. The count starts at D-tier Constitution being one tier overall.

- Tolerance: By abusing a single drug so much you become dull to its effects. Inevitably the character will suffer a permanent debuff of one tier in all stats the drug affects (If the drug affects all stats even by only one advantage, they will all be lowered a tier and must be retrained.) The damage to your body also causes you to lose a tier in your highest stat (if the user has two stats or more tied for highest they may choose which one gets decreased).  By reaching this stage the drug used will no longer grant benefits to your character thus requiring a new drug or strand to modify your abilities.

All other subcategories of Chemistry have listed INT requirements to craft except Compounds. Compounds require an equal base INT to the rank of Compound being created. The only exception to this is X-Grade Compound Items crafted by Master Craftsman, which only require S-Tier INT.

Chemistry Items do not have a crafting time, and are created instantly. They do still require a specific crafting post however and may not be created mid-combat. Just like all other crafting, Chemistry also may never be done in Flashbacks.

Those with the ES Level Restricted - Master Craftsmanship - may create 1 X-Grade Chemistry Item per year. To clarify, since there are five subcategories of Chemistry, this is only a single item. A Master Craftsman may choose one of the five subcategories of Chemistry to create a single item from per 12 months. These, just like all other X-Grade items, may not be banked and the cooldown only begins upon completion of the crafted X-Grade Item.

X-Grade Items are Artifact Level, there are currently no hard set rules for their designs as they are so incredibly rare. They must follow the basic rules and guidelines found on the site for boosts, debuffs, stats, power etc. And must always be approved by a member of staff. Since these Items are outside the bounds of the usual rules, it is important to remember that this is a guide and game balance and reasonability will take precedence. 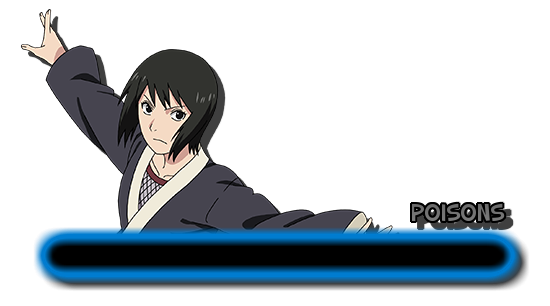 -Poisons are any type of creation that the victim intakes the substance and suffers pure negative consequences. A poison can take many different forms which allows endless versatility in the battlefield as well in indirect combat. Below are the three main types of poison in existence, each having their own advantages and disadvantages attached to their form.

Gaseous - Gas-type poisons are commonly diluted with some type of liquid to remain in the air for longer periods of time. As such, they are weaker and have a longer duration. -1 rank weaker regarding effects and duration. (Gaseous poisons cover a 5x5x5 meter space)

Liquid - Otherwise known as "weapon poison." This can either by a liquid or syrup that is attached to a blade or point. When in the victim's bloodstream it becomes active and starts to spread. Standard poisons are considered the medium between the other three types. Current rank regarding effects and duration.

Solid - These are the strongest poisons which specifically require the enemy to intake the substance into their digestive system or by other means in their system. These poisons act the fastest and can kill those with a much shorter duration. +1 rank stronger regarding effects and duration.

Code:
[b]Name:[/b] (Any name will work to help make each one distinctive.)
[b]Rank:[/b] (See guide to determine ranking.)
[b]State:[/b] (Gas, Solid, or Liquid)
[b]Price:[/b] (See guide to determine pricing.)
[b]Symptoms:[/b] (These are the "tell" of the poison. It is what the victim feels during the countdown and duration of the poison.)
[b]Effects:[/b] (Effects are the hard facts about the poison. Temporary/Permanent stat damage, organ failure, etc.)
[b]Countdown:[/b] (The preamble to the poison before its Effects take place.)
[b]Duration:[/b] (The length of time the Effects take place. For products whose Effects deal in absolute [perma-stat damage, death, KO, etc] this acts as a second countdown until they take place.)
[b]*Yields 3 dosages[/b] 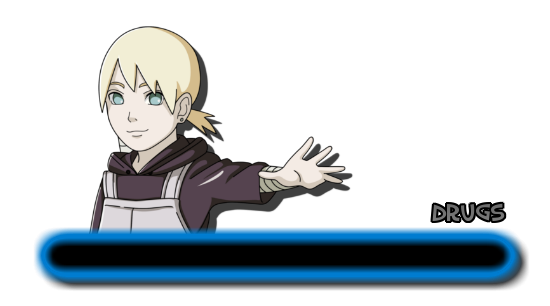 -Drugs are one of the easiest categories to craft in Chemistry and the cheapest to produce. Drugs are always ingested whether it be inhalation or digestion. They provide perks to the user often accompanied by a drawback, which depending on the creator can be more or less severe than the actual perk. Drugs may also be used as a cheaper and more safer alternative to a poison.

Code:
[b]Name:[/b] (Any name will work to help make each one distinctive.)
[b]Rank:[/b] (See guide to determine ranking.)
[b]Price:[/b] (See guide to determine pricing.)
[b]Symptoms:[/b] (What the user feels when ingesting the drug.)
[b]Effects:[/b] (What the drug actually does.)
[b]Drawbacks:[/b] (The undesirable side effects.)
[b]Countdown:[/b] (The preamble to the drug before its Effects take place.)
[b]Duration:[/b] (The length of time the Effects take place.)
[b]Cooldown:[/b] (The amount of time needed before taking another dose of any Chemistry creation and the length of time the drawbacks take place.)
[b]*Yields 3 dosages[/b] 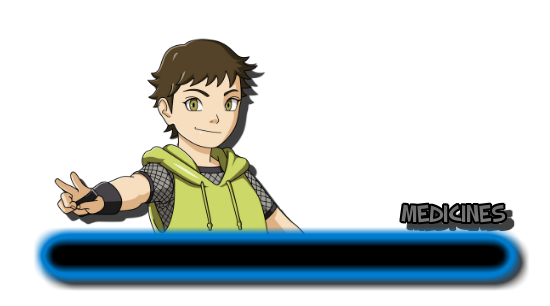 -A medicine is a purely positive creation which is expensive to produce and requires the most knowledge in Chemistry. Everything from minor regeneration to massive, life-saving healing is governed by medicines. A medicine can also replenish lost blood and even promote miracles of modern science such as limb regeneration. Unlike Drugs or Poison, these crafts take effect immediately increasing their overall usefulness.

Code:
[b]Name:[/b] (Any name will work to help make each one distinctive.)
[b]Rank:[/b] (See guide to determine ranking.)
[b]Price:[/b] (See guide to determine pricing.)
[b]Application:[/b] (Ingestion, rub, injection, etc...)
[b]Effects:[/b] (The function of the medicine.)
[b]Duration:[/b] (How long an anti-poison lasts or speed of healing. The lower this is the cheaper.)
[b]Cooldown:[/b] (The amount of time needed before taking another dose of any Chemistry creation.)
[b]*Yields 3 dosages[/b] 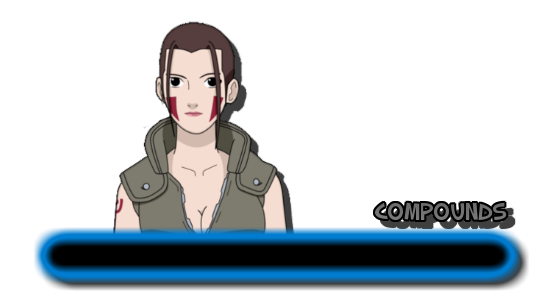 Compounds-Chemical Compounds refers to everything that is not directly related to drugs, medicine, or poisons. This includes explosives, acids, sticky foam, custom materials, and many more. Due to the vast field of this sub-group it is one of the most versatile groups in a Chemist's arsenal requiring the most creativity. Unlike the other sub-types, Compounds are compatible with all types of creations and thus could be added to them to make a more lethal or surprising product.

Code:
[b]Name:[/b] (Any name will work to help make each one distinctive.)
[b]Item Rank:[/b] (Scales directly with intelligence.)
[b]Material Rank:[/b] (Only relevant for solids. If not, put N/A)
[b]Price:[/b] (Stay within reason.)Form: (Paste, Liquid, Powder, Solid, Gas, etc)
[b]Application:[/b] (Does it need heat to activate? Combined with another product? If none put N/A)
[b]Description:[/b] (Describe the properties of the Compound.)
[b]Effects:[/b] (What does it do?)
[b]Quantity:[/b] (Be sure to scale your price with the amount you're creating.) 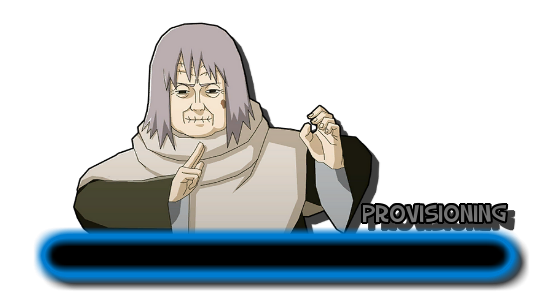 -Provisioning is a chemistry subgroup related to culinary. The food and drink created here provide purely positive stat boosts with long lasting effects. They can also produce a variety of positive benefits. Foods have a longer countdown and duration for their price. Drinks on the other hand have the shortest countdown, but lower duration.

Note: You can only benefit from one provision boost at a time. If at any time two come into effect, the stronger one will prevail.