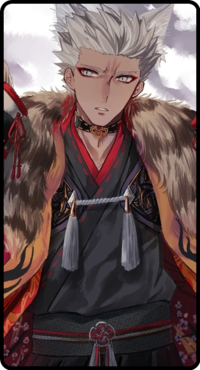 Mission Details:
Mission Name: Weed Pulling HARDCORE WEED PULLING
Mission Type: Chore
Mission Rank: D-rank
Mission Goal: To pull out every weed in the specified area of Sunagakure no Sato's Heavenly Gardens...and trying not to die in the process!
Description: As you may or may not know, the Hidden Sand Village is the proud owner of the Heavenly Gardens. The Gardens's huge glass dome ceiling takes advantage of the village's sunny days and creates the perfect environment for many plants. Aside from vegetables, many other kinds of plants grow here. From medicinal herbs grown by the medic ninjas of the village, to the rarest of poisonous plants grown by chemists and some puppeteers.
Your job is to pull out the weeds, as in, the plants that can not be used for such purposes. Please, do make sure you don't pull any poisonous plants. f you happen to be stung by a poisonous plant while pulling harmless weeds, it might be a little while before someone finds you twisting on the ground with agonizing pains. Buuuut I'm sure you remember which plants are which from your days at the academy, and that the strangely persistent similarities between harmless and deadly plants will not be a problem for you!
Payment: 10,000 ryo
Requirements: Genin

Ken Tanahashi shook his head as he made his way towards the Heavenly Gardens of Sunagakure no Sato, not entirely sure how this was a good use of his particular set of skills, but at the same time in no position to turn down the money. Beggars can’t be choosers was an unfortunately true little saying, and it was thus that Ken got himself roped into weeding the gardens where many different potentially lethal crops were grown. Fortunately his time surviving in the desert had made him fairly adept at spotting poisonous plants, and he would be able to use that to his advantage here today. He wore his natural coloured linen robes on order to beat the heat, as well as the fact that they wouldn’t look quite as dirty when he was done, and grabbed a pair of gloves before he got himself to work.

The heat made his head swim as he looked for the weeds in the garden, pulling them out and drinking deeply from his water skin as he worked. He knew enough to keep himself from passing out in the hot desert sun, something you didn’t need to have wandered the desert for two years to have learned. The weeding took the majority of his day, but it was good honest work and Ken took pride in it, making sure he didn’t miss anything as he worked. By the time he was done, the garden was looking even more impressive than when he had originally walked into it, and that was a feat in itself. When he went back to the rubble that he called his “home” he pulled out the sack that he used to sleep and pulled out his blanket, setting it under his head and very quickly falling into a very deep sleep from a long day of a job well done.