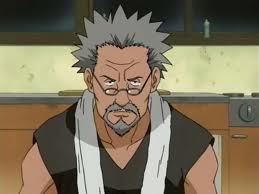 Civilian Profession System
Ninja are not the only people who populate the shinobi world. They are supported by a wide variety of civilian professionals who assist in national security by providing social and economic support to their villages. This system is designed to allow members to play as civilians. Civilians are registered much in the same way that shinobi are but follow a slightly altered template. Civilians receive 9 stat raises and 5 skill points at creation. They are allowed a lifetime maximum of 14 stat raises and 6 skill points. These skill points can be spent on any skill including shinobi ones however once a civilian is created they cannot advance past 14 stat raises. They gain their final skill point at 6,500 Total Experience (putting their skill point total at 6). They can, however, trade skill points for stats and vice-versa in accordance with the trading rules. This allows for a maximum total of 9 skill points OR 17 stat raises. Civilians progress through the class system as they RP like shinobi although they start at 0 Experience. They do not receive skill points for class-ups but they do receive class up bonuses.

Civilians spend most of their life working on their trades as opposed to mastering the art of warfare. As a result, they gain a few important perks. Civilians can generate a passive income of 50,000 a month as they work constantly to service NPCs that live in the area. This income can be taxed by governments to supplement village income. A civilian with a craftsman skill of any kind be it Chemistry, Armour-Crafting, Weapons-Crafting, or Engineering may create C-Grade crafts. Their natural skill and experience allows them to dip into areas outside of their expertise to create basic items in that area. For example, a civilian crafter with a skill point in Chemistry can still create C-Grade weapons, armours, and engineering constructs.

The rate of progression for crafting items is also halved for civilians. For example, this means that instead of having to craft 10 B Grade items in order to progress from B Grade to A Grade, they must only craft 5 B Grade items.

This skill requires the possessor to have either the Engineering, Armour Crafting, or Weapons Crafting Skills. Master-Craftsmanship allows a person to create high quality items with greater efficiency. They have mastered their crafting skills to such a degree that they are capable of receiving several critical perks. Master-crafters can create 1 X-Grade item per year in each of their relevant crafting areas. Their crafting times are halved and any renown earned that is related to crafting is doubled.

This skill allows the possessor to utilize unique mechanisms to raise the amount of Ryo that they have. The first mechanism is through the utilization of stocks.

Stocks are shares of company that are sold in order to raise funds for the business and generate a return on investment for the buyer of the stock. Once the possessor has a company/business or any type of organization (registered in the organization system) they will be able to have an initial public offering where they can sell shares of their company on the Stock Market to boost their capital. PCs can buy shares in the company at a rate of 1 share for 100 Ryo. An organization has a maximum amount of 10,000 shares that they can sell. For every 1,000 shares of stock bough the owner gets an extra 25,000 in passive income.


Having a store is not enough. It must be a company, business, or organization that is registered under the Organization System rules. More information about the Investing Skill can be found here:

There are three types of funds generated by stocks. These funds should be kept track of separately and have their own rules that govern each of them.


The passive 25,000 per 1,000 shares belongs to the owner of the organization. This income is known as capital. That money is for the owner to do with as they please. If the organization's base is destroyed they keep whatever money they made up until that point but they will not receive more money until the organization is rebuilt.

Ownership
While purchasing all the stock a company sells doesn't give you actual ownership of the company it gives you a disproportionate amount of influence on the owner in that they can dump your stock back on the market which would jeopardize your passive income and force you to seek other stock buyers.

The only time an owner loses control over their organization via the stock system is in the event that the owner is bankrupt and can't afford to rebuild or simply chooses not to. When this happens the biggest shareholder can seize ownership.

The second mechanism is through debt financing.

Banks are willing to loan them money without them having to run to the Kage. They can receive a loan of up to 50,000 at 10% interest per month. In order to be current on one's payments they must make the 10% interest payment every month. If they are good on their payments for 2 months, they can increase the amount they can borrow by 100K with a max of up to 1 million. Missing a payment will result in a creditworthiness dip of 1 Grade (A-F scale) which in turn will lower the amount that you can borrow by 50K. At B-Grade you can no longer borrow anymore money until you pay what you owe. Paying off the balance of what you owe increases your creditworthiness by 1 Grade. If your creditworthiness reaches C-Grade a bank may post missions for shinobi to seize your assets or imprison you until you can work off your debt.

This skill gives someone the ability to influence the political sphere via behind the scenes intrigue. Those with the political skill have the ability to cause NPC groups of their class and lower to stand down. A person with the political skill may craft a viable storyline or reason as to how they gained control over that particular group and how they are able to get them to refuse orders from their controllers. The user need not be in the same thread and may exert their influence remotely. People with the political skill receive half off on purchases and upkeeps for NPCs. This reduction is only for NPCs that they control (for example, they must be the leader of the organization or base in question). This perk cannot be used to reduce NPC costs on behalf of others. Finally, possessors of the political skill have the ability of persuading neutral NPC groups (those of Minor Countries) of their class level and below. They can persuade these NPC groups to perform a single order at their request. This ability has a 2 month cool down before it can be used again.

Civilians cannot transition into being a shinobi. Once registered and approved, a civilian cannot become a shinobi through any means, not even their one-time character reset.

However, ninja that are converting to the civilian system may do so via their 1 time character reset. All experience from stats are refunded to them and they may reset their stats accordingly but keeping in mind the 14 stat raise cap. They are granted five skill points to spend however they see regardless of if they had less than five or more than five skill points as a shinobi.

It is not possible for a shinobi to gain civilian skills without converting their character to a civilian.