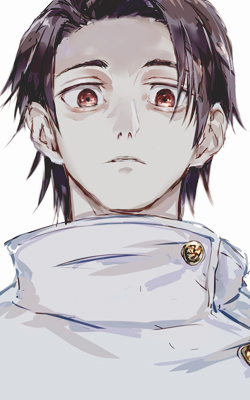 Mission Info:
Mission Name: Join a Gang
Mission Type: Influence
Mission Rank: D
Mission Goal: Show some attitude
Description: You're no one until those in charge say you are someone. It's time to make a name for yourself by joining a local gang. Pick one, and pass their 'trials' to show your worth.
Payment: 10'000 ryo
Requirements: E-rank Criminal Trust

Daitei would consider himself a man of opportunity, though opportunity rarely came to him. Most of the time he's had to make his own opportunities, find his own path. Now that he's fresh out of the academy, during his downtime his thoughts begin to wander. and eventually, he came to a realization. Sure, he's already accomplished his life goal of becoming a shinobi, but now what? He's going to have to move on with his life, create new goals, and get them done. One of the first things, however, was finding a way to keep himself sustained money-wise. He isn't an overly greedy person but at the moment he was still living with his mother and the rest of her family, something that he wanted to change. His first act of independence would be moving out, but to do that he'd need a reliable source of income, the keyword there being reliable. As a ninja, he'd only get as much money as he'd work for, but there were rarely jobs that he found worth taking. On one hand, he could inflate his numbers by doing a bunch of menial jobs, but they probably didn't go to add up to anything besides pooling a bunch of money for him. It's not that he refuses to go on these missions, he just didn't see the point at the moment. Maybe, one day, but right now there was a more lucrative opportunity that he had to take.

It seemed like where the systems in place would fail him, the strength of the people and their persistence would be his savior. In the underworld, it seemed like there would always be a job for him to do. And luckily for him, Daitei knew how to keep a secret. The first step of this plan, however, would be the trickiest part to execute. It was simple in plan: just join a local gang. But in reality, it's not as if he could just waltz in and join anyone. These sort of people had rules and bonds, ones that a random outsider couldn't just insert themselves into. But he had to try, build their trust.

He had his eyes already set on a group, though. They called themselves Raiko, or Thunder Tigers, and in the grand scheme of things they were basically nobodies. If anything, when you mention Raiko to the average citizen of Kumogakure they'd either be confused or laugh. These guys were jokes, which is why Daitei wanted to join them. Despite their undesirable status, they were still technically in the underworld. It'd be a foot in the door for him if Daitei was able to join, albeit a small space but at least a place to start. The group met just outside the gates, so Daitei went there to introduce himself to his hopefully new coworkers.
_________________

He saw them first, approached them slowly. His hands were in his pockets and he stood up straight, his legs waist being the first thing to enter before anything else. It was meant to exude a sort of confidence, even possibly intimidate these new friends of his. First impressions were everything and he was going to make sure that this was a good one.

"Oi, oi! Who do you think you are? You lost or something?" A man roughly his height but and a bit stockier spoke. There were four of them, three men and a girl. Yes, a girl that didn't look any older than 14 and a bunch of men that looked from 18 to 30 were all huddled out in the forest. The one that spoke looked to be the oldest. He dressed casually and like a civilian, a trait that all of them shared. It wouldn't surprise Daitei if they were all civilians, all idealistic greenhorns. Just the perfect place for him.

As the older man approached Daitie stopped in his tracks and raised his hands up, a sign to show no harm. "I'm here to lend you guys a hand. From the looks of it, it's just the four of you, right? You're looking like prey just asking to get swallowed up by something bigger." A cocky smirk finds its way onto his face. The other man responded in kind by grabbing Daitei by his collar and shook him around a bit, probably to disorient him.

"Look here smart guy, I don't know who think you are or what you're doing but-"

"Let him go." After the girl spoke, the man slowly and begrudgingly let go of Daitei. From the looks of it, the teenage girl was the one that ruled the group. Maybe she's got some crazy hidden power or something that Daitei could tell from just looking at her. Either way, as the older man backed off she got closer.

"Hm... If you were just shooting the shit we'd be in trouble by now, if you were some greeny you would have pissed your pants so maybe you're being legit with wanting to join. In either case, we gotta know we can trust you, and that you can trust us. That's the biggest thing, you see? So let me kill you."

There was an air of silence as nobody said anything. This was clearly a test, but was Daitei going to let this stranger just threaten him like that? Did he have a choice?

"Hm. Okay. Just not the face, it's my one redeeming asset." With that being said, he closed his eyes and relaxed, his arms falling to his sides as he just stood there, waiting for something to happen. He could feel cold steel press up against his throat--a knife of some sort--but even then he didn't freak out. To be honest, he's had a pretty good run. Could have been nice to his mother though.

But nothing happened, and nothing would. Instead, the feeling of a knife would go away and be replaced with a hand on his shoulder.

In unison, the group spoke. "A true tiger never runs from fear, they stare at it and roar a thunderous roar."

"...or something like that." The girl spoke once more. "Anyways, welcome to Raiko, Little Cub."