Defend the Cart ([Jingo and Suguru] 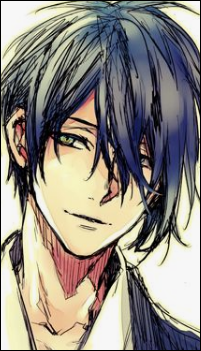 Defend the Cart ([Jingo and Suguru]

Mission Name: Defend the Cart
Mission Type: Guard
Mission Rank: B
Mission Goal: Protect the trader's goods.
Description: Mr. Eto has an upcoming trade shipment and he has requested Konoha protection during his travels. He's already lost several shipments to a group of bandits despite hiring help elsewhere, and he would like to avoid this happening any longer, lest he be put out of business. The bandits are small in number, but they are trained ninja, so use caution. More than one shinobi is suggested, though not required. Accompany Mr. Eto to the Land of Wind border at the edge of the Senju Forest while defending his large cart.
Payment: 25,000 Ryo
Requirements: Jounin

After leaving the village gates with Suguru in tow, Jingo made his way to where the client was waiting. When Jingo arrived at the spot, he noticed that there was a small caravan of sorts, made up of a couple of workers, three donkeys loaded with merchandise, and a regal looking gentlemen that could only be their client, Mr. Eto. His mangy looking cargo and caravan was juxtaposed against his regal demeanor and outfit, but Jingo just assumed this was to lower the chances of people wanting to rob him. The fact that there didn’t seem to be much cargo was likely deceiving, considering the efficacy of using fuuinjutsu to transport things. It was possible that there was a vast treasure trove hidden within scrolls in this caravan, but such knowledge was irrelevant to Jingo. All he needed to do was complete this mission and to make sure his genin friend didn’t get shanked to death by bandits or something.

As Jingo approached the caravan, Mr. Eto became aware of his presence and made his way over, stopping a few feet away from Jingo before saying, “Ah, you must be the jounin I hired to escort me today, Jingo Senju. This trade route has grown perilous in these trying times, so I appreciate both you and your village for still being able to dedicate the manpower to a small time merchant like me.” Mr. Eto smiled as he said this, acting quite modest despite his vast sum of wealth. The man seemed like a reasonable fellow to Jingo, so he decided to be just amicable and said, “You are too kind Mr. Eto. I assure you that I will protect you and your cargo to the best of my ability.” Jingo also smiled as he said this. It was at the moment that Mr. Eto noticed Jingo’s companion, assuming he followed closely of course. Upon seeing the boy’s dirty complexion and hastily put on attire, he grimaced, before turning away and making his way back to the caravan.
_________________ 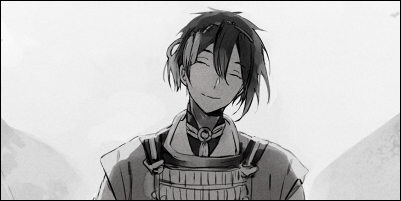 Re: Defend the Cart ([Jingo and Suguru]

After a bit of reflection on his memories of the boring history lessons of the academy, Suguru finally remembered the odd tidbit or so.

The Senju were the clan that founded the leaf. Even stronger than the other two leaf clans, which he had no idea about except that their eyes were their kekkei genkai, their powers must be something out of this world.

God of Shinobi it is. Maybe I won’t die today. He thought to himself cheerfully.

Leaving the leaf legally turned out to be far more stressful for the young genin that it was sneaking out of a small hole in the cemetery wall. Yet, with careful mimicry of his superior, he soon felt the leaf leaden win brush against his greasy hair.

That alone lifted all the pressure he had been feeling due to having been assigned a mission which will quite likely end in him losing a limb if he was lucky. He usually wasn’t.

Suguru followed Jingo blindly, his eyes finding themselves drawn to the vast forest, his mind seemingly bent on searching for something which wasn’t there. The cold tug of his inner voice whispered in his ears, the words husked melded one into the other, whatever sense they might have possed lost into a meaningless rabble. Yet Suguru didn’t feel that ice-cold shiver that usually surged with the voice. Instead, he felt like he was wading through unseen waters, an edge of relaxation far beyond whatever sleep could give.

As he slowly waded next to Jingo, he gave a small bow to the merchant, who albeit was similarly of a higher class then Suguru, did not exude the same aura of power and respect the Jounin did. He did not care enough to notice the dirty look he was given since Suguru’s attention was manifested in other places; observing the Senju for any manifestation of his powers and the lull of the nature around him.