Unique Abilities: Skill Specialist: A player may choose to be able to learn techniques of a particular skill or element at one rank higher than what their class allows. As a result, technique performed outside of their class allowance has their cost increased by 50% on top of its original cost. ( Taijutsu)

Appearance:
Shinji stands at about 5 feet 8 inches tall and weighs roughly 180 pounds. He has short spiky hair but he actually has long hair it's just short in the front so he keeps his long hair braided as it comes down to the center of his back.

He has a very toned and athletic build from all his time of training. His eyes are completely white as you can hardly see his pupils. As for his clothes shinji wears black pants and wears ninja boots that reveal his toes and they come up to his shin. He keeps his hands wrapped up in white bandages that come up to his elbows.

He also wears a Chinese ki that has no arms and the center of the robe comes down to his knees. He keeps his ninja head back wrapped tightly around his forehead.

Growing up shinji was always told that he would grow up to be a great ninja cause he was born as a hyuga, he learned that the hyuga family was one of the few clans in konoha that helped shaped it to what it was today.

This caused shinji to grow up thinking he was better then every one else all because of what he was born Into. When shinji was in the ninja academy he passed all his test with perfect Mark's and he even graduated from the academy at the young age of 9. At the age of 11 shinji unlocked his byakugun which he was told made him a genius. From there on shinji constantly pushed his self and trained.

He was now 14 and has been a full fledged ninja for 3 years, though those years he has made a few friends but he was always at odds with the uchiha and senju for how he believed.

Personality:
Shinji is a very wild kid but with a very keen mind. He is very smart but his only down fall is he loses his temper if some body talks bad about the hyuga clan. He is always trying to improve his self to make his self better for he believes that the hyuga clan is the most important clan in konoha.

With this in mind shinji looks down on every on as he holds his self on a high level. Shinji is very arrogant and has a problem of quickly dissing people on skill or ranking. Shinji loves to play bord games as he is always playing games like chess,shogi and go with his dad or other ninja, he might not always win but he always plays cause he knows the more you do something the better you get at it so be it games or life shinji is always pushing his self to go further. 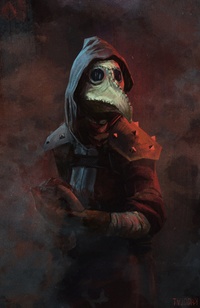