Children of the Winter Solstice 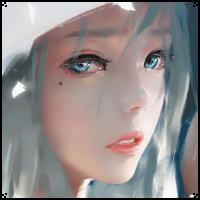 Children of the Winter Solstice

[ For now, Thread is closed to Verdandi, Mamoru and Zaylee ] 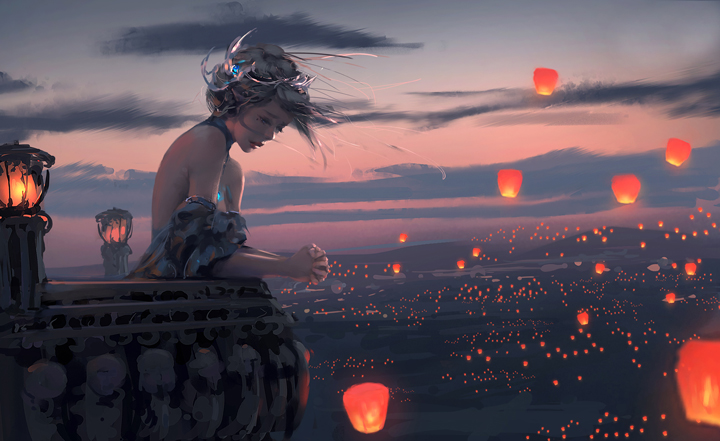 Verdandi was indeed a troubled child. Not necessarily depressed, but certainly burdened by the curse of knowledge, or rather information. The princess would find herself too often in rooms where she did not belong and would hear things she was not supposed to be informed about. The worries of the realm were something a ruler had to deal with. Verd was no ruler, her mother was, someday her elder sister may be the next one to call herself that, but Verd would never, wanted it neither. Still her heart would bleed for the suffering of her people. Draughts and famine may devastate a years farming yield in one area, a forest fire might burn the houses of the peasants in another, despite being in Kiri, literally the empire of water. Intrigue had reigned the court for many years. Queen Motoko had to dispose of many unlikeables, even extended family that just wallowed in too much greed. Her mother was strong with heart and will, she was a good ruler, her elder sister would one day follow suit. So why did the third-child even bother? It was none of her business and yet she couldn’t help but feel her worries stretch as far as the horizon and beyond. The melancholy was a homey feeling for her, probably she did overthink a bit too often. But we all got our faults, don’t we?

Dandi would linger in her thoughts as yet the darkness of the night would start to change. She had come here, to this very balcony to witness something incredible that could soothe her whiny little heart. Unity, love and companionship and most and for all, hope. As it was the day of the winter solstice, one of the most celebrated days within her realm, the people of the Yuki Dynasty found themselves at practice of a most auspicious and beautiful tradition. When the days grow short within the winter solstice, the days become dark and are often ruled by fear. To bring light into such darkness, the Yuki would light the kingdom up each night during the celebration days. Candles would be lit, campfires brought high, lanterns set up and many sky lanterns sent off to dance through the soft wind within the walled city. A spectacle that truly could put a smile on the otherwise seemingly saddened young lady. There was probably no better place to see this, than the palace’s balcony as well. Yet she did not solely come here to gaze, she had plans for tonight.

“They are here, my lady.” Said a guardsman that just stepped onto the balcony platform. Verd did not turn, not out of disrespect, she was simply still hung up in her own world of thoughts, a soft wave of her palm was signaled and the guard nod.

The two Kobayashi twins had arrived. They were her subjects, her people, her dynasty, but also her cousins. Yet despite such fact and relation, Verd had almost no connection or information about them. There were literally hundreds if not thousands of Yuki in the lands of the mist by now. The courts spymaster had informed Verdandi, that the daughter of uncle Nanashi was going by the name Zaylee and was a very talented and gentle young lady with an artistic persuasion, while Nanashi’s son, going by the name Mamoru, was a more martially involved and stoic if not even a bit brutish persona. If that intel was indeed accurate Verd would figure out herself very soon. They had been summoned here. Invited by the royal seal. Yet they did not know yet for what other than they could watch the solstice festival from the palace balcony…

“Just go ahead, your cousin is expecting you.” The guardsman glared at the two visitors, seemingly amused by the fact that it was somewhat visible that the twins just had to climb a few hundred steps to get all the way up here.
_________________ 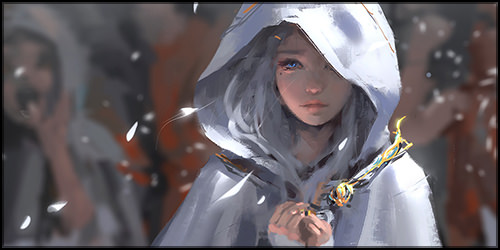 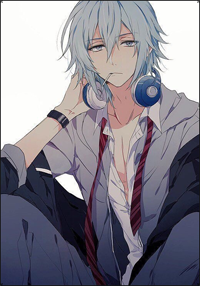 Re: Children of the Winter Solstice

Staring back at his reflection, Mamoru looked over the light blue kimono donning his upper body, trying to see if there were any wrinkles or imperfections that could be spotted. Seeing none, his eyes went lower, passing over the matching obi, and looking at the black split hakama pants covering his lower half. Much like the upper portion, he could not spot any imperfections with the pants; the wrinkles being non-existence, much like any other defection it might have. Satisfied with how his clothing fitted and looked over him, he reached towards the dark blue haori that was hanging on a hook near the mirror and slipped it on. Looking over his appearance once more, Mamoru was about to turn and leave the room, when there was a knock at the door; his father’s voice coming in clearly, “Are you ready? You must not be late for this.”

Instead of answering, Mamoru opened the door and nodded at his father’s words. Much like him, Nanashi was also dressed in a formal kimono and wearing a haori that bore the Yuki’s crest. Minimal words were spoken between the pair, Mamoru’s thoughts turning to the reason for him dressing in such a formal manner. Tonight was the winter solstice, something the Yuki dynasty celebrated, together. One of the few occasions where the entire Yuki family come together. Though that was not the important matter at hand. No, what was important was. . .

“Here is the invitation needed.”, Mamoru reached out and took the invitation, stamped with Yuki's royal seal. He and his twin had been invited to meet with their cousin, Verdandi; the child of Queen Motoko. This would be the first time either of them would meet Verdandi. Both of them were aware of her existence, it was hard not to, but neither one had met the child of their mother’s older sister. For Mamoru, this would be interesting to say the least, for he did not have much interaction with other family members, outside of his immediate one. Thus, he was curious to see what their cousin was like. “Let’s go.” The words of their mother spoke, once everyone was ready, and the family of four made their way to the palace.

Along the way, their parents separated from the twins, for they were called elsewhere, leaving Mamoru and Zaylee in the care of a palace guard. “I wonder what she is like.”, Mamoru bemused to himself, but loud enough for his twin and the guard to hear. He did not expect an answer from the guard, but he was curious to see his twin’s response as they passed by other family members. The trek was a long one but came to a halt as the guard had them to wait at the bottom of stairs, which he ascended. When the guard returns and informed them that their cousin was expecting them, Mamoru nodded. The teenager matching the glare of the guard as he allowed Zaylee to take the lead up the stairs and followed behind. Guard or not, one should head caution in glaring at his twin, else they would meet his ire in one way or another.

“I do hope our cousin isn’t as rude as that guard.”, the off-handed comment was made as they ascended the stairs. Climbing the last step, Mamoru bowed, “Greeting, Princess Verdandi”, the words coming out as smooth as silk. Mannerism was something neither of them lacks, their parents made sure of that. Thus, only after the greetings had been exchanged, did Mamoru’s glacier eyes fell onto their cousin. Walking closer, he introduced himself, “I’m Kobayashi Mamoru.”. Some might find it usually that neither one bore the Yuki’s last name, instead, opting to take the last name of their father. But, for Mamoru, it was only natural to be seen as a Kobayashi, instead of a Yuki, “It is nice to finally meet you, cousin.” he spoke, “How are you?”
Current date/time is Thu Jan 28, 2021 10:33 am