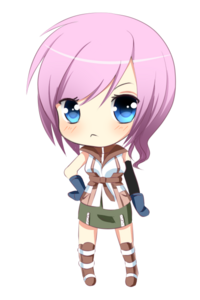 Feeling a bit aimless, Oriana decided to try and fill some of her time with work. She couldn’t rely on Mako to train and entertain her every day, thus, she would take the opportunity to do so on her own. The pink-haired genin rose early, just as the sky began to redden to announce the sun’s arrival. The streets were relatively empty as light began to stream through the cloud cover. Nevertheless, Oriana took to the rooftops to ensure she could travel undisturbed. She reached the administration building about fifteen minutes later and used chakra to stick to the side of the building, allowing her to climb down.

The amount of ninja around made the hairs on the back of Oriana’s neck prickle, but she did her best to ignore those around her and walk straight to the room where missions were handed out. There was a chunin on desk duty with blond hair handing out mission scrolls. The genin got in line and tried to maintain a healthy distance from the people standing on either side of her. To help ease the rising anxiety, she fiddled with the hem of her dark grey hooded sweater.

A few minutes later, and it was finally Oriana’s turn. “D rank please,” she requested quietly and politely, already wishing the interaction was over.

The chunin turned away from her to focus on the different groups of scrolls to pick out an appropriate mission to assign her.

Oriana looked up and took the offered scroll. She bowed quickly and muttered her thanks before leaving. She stuffed the scroll in her pocket and retreated to a nearby rooftop to read it. The task would be simple enough; she would have to track down some stray animals and round them up for animal control. The pink-haired genin relaxed a bit, shoulders uncurling slightly. Dealing with animals was much easier than working with people most times. A few days ago, the genin would have said that animals were easier to be around than people in all cases, but the tiger she helped Mako catch earlier in the week had been more troublesome than most people Oriana had to deal with in the village. Kokoro’s aggressive behavior had certainly been inconvenient.

Regular dogs and cats would be a breeze by comparison.

Oriana made her way towards the Market while she thought of a strategy. There would be plenty of loose dogs and cats near restaurants, drawn in by the smell of food and the chance to beg or get into the trash. Perhaps some could be lured close with food.

After buying a few okonomiyaki, the pink haired genin munched on the hot food, not caring that it burnt her fingers slightly. Before long, a small brown dog had come up to her, whining.

Oriana stuffed one of the pancake-like breads into her mouth before ripping a piece off of the second one and offering it to the small canine. The dog snatched the food from her fingers and scarfed it down before looking up at her expectantly.

“Come on then,” Oriana told the creature before she continued walking. After observing the Market and finding the areas populated with the most stray animals, the genin made her way towards the animal shelter to report for duty. By the time she arrived she and the little brown dog had finished off her breakfast.

Oriana entered the building and walked to the receptionist’s desk. She presented her mission scroll to the young man on the other side of the desk.

He took it and unrolled the scroll to scan its details. Peering at her over the top of the scroll, he asked, “And you are…?”

“Oriana.” Her answer was short, blunt, and to the point

“Okay, Oriana-san. I see you’ve retrieved one dog. That’s Kokoa. She was abandoned here by her owner and escapes regularly.”

The genin picked up the dog and handed it over.

“Thank you.” The receptionist took Kokoa into his arms and set the mission scroll on the desk. “Come around back and I’ll get you some equipment.”

Oriana obeyed apprehensively. Fortunately, she was able to keep about a third of a meter between herself and the young man leading her further into the building.

“Oh, I forgot my manners. Forgive me. Call me Kyo.”

Equipped with a few traps and some leashes, Oriana left the animal shelter and returned to the Market. Briefly, she wished she had asked Mako for help. That way, they could have carried more traps, leashes, and other equipment together. Pushing the thought aside, the pink-haired genin set up some traps in alleys near garbage cans and not too far from restaurants. Then, she purchased some gyoza and placed them into the traps.

With the remaining dumplings, Oriana was able to get a leash on two more dogs and a cat. The cat hissed and the teen had to paralyze it and carry it to transport the animals back to the animal shelter.

Kyo looked up surprised when the genin entered, three animals in tow.

“You’ve only been gone two hours.”

The young man laughed. “You’re not wrong about that. I can give you some treats to use rather than have you spend your money.”

Oriana left again after dropping the animals off and went to check the traps. She had only been able to carry three small cages rigged to trap animals without harming them. Two had captured raccoons and one, a cat. Riku brought the cat and one raccoon back first.

"Are there any wagons available?"

There was indeed a wagon available. Oriana used it to bring the empty traps plus a few more back to the Market. She set them up with treats and retrieved the remaining raccoon. A few more dogs were bribed and two more cats paralyzed and loaded into the wagon before Oriana made another trip to the animal shelter. She continued to make rounds, trapping, bribing, and occasionally stunning animals in order to bring them back. Once she was low on chakra, she resorted to using a swift chop to knock out any troublesome animals.

By the end of the day, Oriana had captured nearly fifty animals. She used bribes, physical force, and pets or ear scratches to lure them close enough to bring to the animal shelter. The limiting factor of her productivity was her ability to carry or guide the creatures to where they needed to go. Oriana could pull a wagon with several animals in it while guiding along a few more with leashes. However, even this meant each trip could yield a maximum of only seven to ten creatures. This didn't discourage the pink-haired genin in the slightest. Hard work was no stranger to her and the nature of this chore meant she didn't have to interact with very many people.

Lugging her final cart of animals back to the shelter, Oriana grit her teeth as her muscles strained. Her shoulders and arms were sore from the physical labor, and her back would likely ache for days after this. A wolf pup someone had tried to tame before casting it out onto the street. The puppy was friendly and easy to get into the cart. However, it was a pitiful thing and whined once they neared the shelter.

Oriana glanced over her shoulder at the poor creature before entering the building. "Here's the last group," the pink-haired genin announced once they reached the front desk.

Kyo smiled at her and helped bring the animals back to the kennels. The cages were spacious and had cloth lining the bottoms and beds in the corner for each animal to rest on along with bowls of food and water. Still, many of the caged animals seemed anxious to get out.

Oriana frowned as they got the creatures into their new lodgings.

"They're always like this around the end of the day because they know they'll be left over night."

An uncomfortable tightness in her chest made it difficult for the genin to breathe properly. "I see."

"We'll make sure they're all trained and find them homes. Some will make their way to pet shops."

The two returned to the front of the animal shelter.

"Thanks for working with us, Oriana-san," the young man thanked her as he handed over a signed mission scroll.

"Of course, Kyo-san." She bowed before taking her leave, trying not to hear the wolf pup crying in the background.