Mission Name: Caravan Guard
Mission Type: Guard
Mission Rank: C
Mission Goal: Protect the assigned caravan from any danger
Description: Trading caravans come to and from Kumogakure, either to sell their items, or restock their supplies. Escort whichever caravan needs escorting to wherever they need to go, whether picking them up and leading them to the village, or escorting them from the village out to their destination, but only as far as the border of Kumogakure.
Payment: 15,000
Requirements: At least two Genin, Chuunin+, Genin with Sensei

Shinoskay would leave from the gate, Moving with the caravan to guard it.

His large bee shaped puppet would walk alongside him as he traveled next to the caravan, he wanted to use his puppet to fly above the caravan for better sight but he felt it would draw too much attention and so he opted instead to walk.

Re: On a Mission 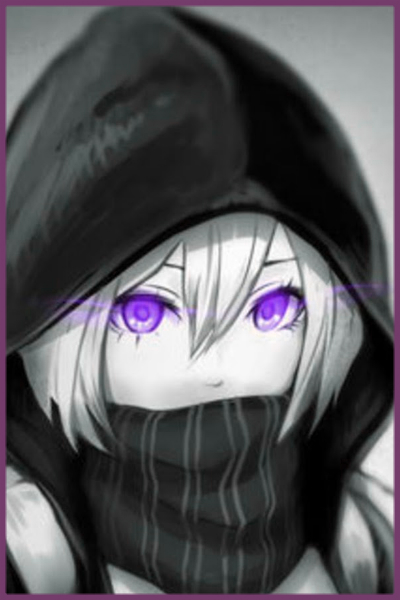 It might be a rarity but Akari appeared flying in from the skies, fully dressed and equipped as would be expected from a shinobi of Kumogakure. The thrill of finally leaving the Village walls and taking on a mission that could possibly bring in some danger was enough of an incentive for her to put a little more effort to her usual approach.

Above an oversized white T-shirt rested a simple brown leather armour that offered her a most basic protection. Under it, a pair of black shorts and fishnet stockings covered by a knee-length green skirt. The whole covered by a simple cloak, hood raised and mouth covered by scarf. Backpack between her wings, shinobi hip pouch around her waist. Both filled with all the materials she'd need for the road: weapons, bombs, medic kit. Perhaps more remarkable to those who knew her oni nature was the fact that her horns were gone and the black pools had turned into a misty grey and mostly humane looking pair. Small changes that had a great impact on the humans that would travel with them, the disguise brought forward by her own ijutsu technique. A debatable much needed alteration of her looks for a long term mission such as this one.

"Ready to go when you are.", she said to the caravan leader, rearing to go see the world beyond.

Spoiler:
Name: Mask of a Thousand Faces
Rank: C
Power: B
Activation Cost: 10
Upkeep Cost: -
Range: Self
Speed: -
Element: -
Skill: Ijutsu
Classification: Secret
Requirements: B-rank Intelligence, D-rank Constitution
Parent Technique: -
Hand Seals: Dragon - Snake - Yang
Description: The Mask of Thousand Faces allows a shinobi to alter their appearance in a similar degree to that of the Henge no Jutsu. Unlike Henge no Jutsu, this transformation is 'permanent' in that way that it is not a genjutsu but an actual alteration of the physique through Ijutsu cell manipulation. As such, this disguise is not as easily pierced through as other techniques as it is not dispelled upon being wounded.

The cost is paid for every alteration, including returning to one's original looks.

Weakness: While great when passing as a random person, posing as someone else still requires voice mimicry, behaviour analysis and other intricate details to succeed at this. The technique doesn't alter clothes worn either.