Mission Name: A Challenge
Mission Type: Custom
Mission Rank: D
Mission Goal: Beat the man in a race
Description: A traveling man is wondering looking to challenge anyone to a race. He has been going from town to town, saying he is the fastest runner alive. His speed is unmatched by any normal man. Well he has yet to meet a shinobi of Kumo. He has declared a challenge to the country, anyone who can best him in a race will earn the reputation as the fastest runner alive and 10,000Ryo. Even if the title is unofficial it would still be fun to hold.
Payment: 10,000
Requirements: Genin+ 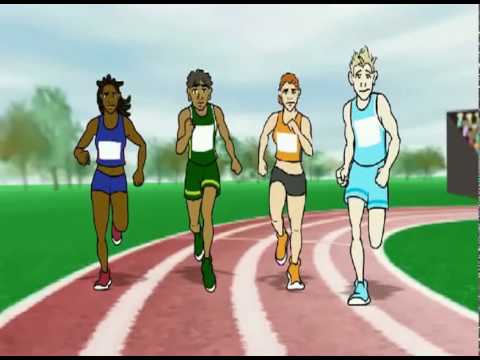 Though it was his first mission in a long time Abriu felt this task would be simple enough and a good comeback after a long break in service. All that he had to do was find an old man and tell him that he has accepted his challenge. Little did Abriu know that finding the man would be just as hard as defeating the man in a race. Once this man was found they would have to agree to race as the man put out in his challenge to all of Kumogakure. Abriu’s objective was to beat him and show how fast the ninja of Kumo really are. At least he hopped he was faster; as he didn’t want to embarrass himself and his village. Abriu speed was fairly good from his development of continuously practicing speed drills. These drills were trained mostly because he was picked on for being slower than most shinobi at the academy. He could only hope this was enough as he was ready to test his new skill.

Abriu set off right away to look for the man who challenged all of Kumo to a race. First check Abriu would look through all the food spots around the southern streets. Seeing that it was just about lunch time and a man was racing he would eventually get hungry. He was also actually hoping to find the man fattening himself up just before a big run. As he went around Abriu asked everyone he saw if they had seen the guy or happened to know his whereabouts. Though he tried so hard, no one would seem comply as they didn’t know who of he was speaking about. Just looking for the man was turning out to be a mission in its self. Growing tired Abriu sat down on a park bench and let out a deep sigh to release his daily stress. I can see now this will take some time just to find the guy. Abriu’s thought were negative as he was already having a bad day.

For his first comeback mission in a long while Abriu wasn’t off to a great start. Being the type of guy he is, Abriu really didn’t like the idea of being a failure so instead of quitting he got up and began his search once again. Lunch was almost over so Abriu took one last sweep through the town’s restaurants, in search of who he hoped to be another accomplishment. He made it just about half-way through and still had no luck, until a local restaurant cook said he knew the man Abriu spoke of. Abriu quickly dashed to the counter and ask where the man could be found. "Alright tell me what you know. Where can this man be found?" Abriu sort of demanded it and forgot anything he knew of respect.

The man pondered on it a bit just before answering. "He was just here not too long ago. He had a bowl of ramen stating that he needed it and that it was a good source of energy. He didn’t say too much other than that." The man began to think it over again. "Oh, and said he was traveling to The Residential Area to send out a challenge to all the people of Kumo to a foot race." The man then fold a towel he must have been cleaning with in his hand. Abriu was delighted to hear this news, with it he quickly scrambled out the door heading to the residential area, shouting thank you over and over again till he was but an ant from the eyes of the restaurant’s owner.
_________________
FUJIO, ABRIU [UPDATE]
Aries

Re: [Mission] A Challenge

It was good news and it wasn't long before Abriu had finally caught up to the guy stating that he could beat anyone in the village. Weird enough that he was posting open challenges flyers as if he would have gotten a challenger that way. The guy was old and looked quite frail. If anything he would have attracted a cold blooded killer. The guy must have been from out of town, because everyone knows that Kumo isn't the place to be flaunting yourself because a lot of attention means a lot of bounty for your head. By the looks of things, this guy would have been an easy target. However, to his luck Abriu was the first person to approach him and accept his challenge.

"Hey you!" Abriu said in a commanding voice to catch the attention of the man posting the flyers. "If you want a challenge then you got one. I am Fujio, Abriu of Kumogakure; I don't know who you think you are but anyone dare to challenge my village must have a death wish." Abriu then went on to accept the mans challenge. "I'll be the one that puts a dent in your ego. I accept your challenge." Abriu said with the uppermost confidence. "Do you accept or will you chicken out?"

The old man grinned and then begin to present himself. "Little one do you know who I am? It's obvious that you don't so I will let you know. I am Hayai, Ashi formally known as the fleetest foot of Cha no Kuni. Yes, I do accept your challenge to an open foot race. I'm sure you'll be a great challenger; but I am also sure that I will win this race." Old man Ashi began to shuffle his feet fast enough to draw up a dust cloud. "Are you ready kid?" Ashi was all pumped up.

Abriu was ready himself. As the man was talking Abriu was already downloading his gear. Nearly everything was off even his shoes. Abriu knew that the lighter he was the better or any race that was just common sense. "Of course I'm ready. Let's start this now." Abriu meant business and was not about to lose to an old man.

Tension had started to build up as the two squared off staring at one another eye to eye. Old man Ashi then pulled a kunai from his ninja pouch and begin to explain. "I'll thrown this kunai into the air and at first contact with the ground we will begin." Ashi then took a look in an outward direction. "Wherever this kunai lands is where the race will end." Abriu nodded his head acknowledging that he understood. "One last rule, anything goes as long has it doesn't kill the opponent." The man the threw the as high and as far as possible.

With a trick up his sleeve the Ashi tried to fool Abriu. With a few quick successful seal Ashi took control of the flying kunai redirecting it back toward Abriu. One last rule, anything goes as long has it doesn't kill the opponent. Abriu conjured up the last few words of Ashi just before the kunai reached the two striking the ground. With haste Abriu thought of the counter attack that would leave Ashi in shambles.

The kunai would strike the ground just a foot ahead of Abriu. Ashi must have not been so confident with his speed as he thought he would beat Abriu by reaction time as only he knew when the kunai would fall. However just a slight moment before the kunai would fall Abriu timed off the perfect jutsu they would give him the edge. Abriu quickly turned his head facing toward Ashi's casting a ninjutsu upon him. The technique, "Fūton: Sutorīmu [Wind Release: Stream]." This jutsu would throw Ashi him off balance by pushing him sideways with the force behind the stream. With that Abriu won the literal foot race against Ashi.

"What you do have to say about yourself now Ashi?" Abriu stood proudly as the victor. "I can't believe this just happened. I planned this out perfectly. Who would have expected this?" Ashi was broken as he was defeated by the first challenger of the day. "Yadi yadi yadi go cry elsewhere, Kumogakure has no place for people like you." Abriu then put all of his gear back on and strolled away into the far distance.