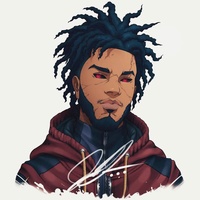 The air was ripe with a slight cold breeze. Satomi walked onto the training grounds surrounded by Juniper and Sendo. They were just in the building but this training needed an outside venue. He had told them to observe his training for today. They found it extremely odd, and his wife repeatedly pestered him about it. "Why have you dragged us out here Sato? Its becoming suspicious." Her eyes narrowed and she leaned on him with her penetrating eyes. But try as she might, Satomi was quiet and only instructed that they were to follow him.

Indeed he needed training, however his powers had manifested greatly. What lie ahead of them would undoubtedly be noticed by the greater populace. When they walked out of the facility, he led them towards the center of am open training yard. 'I needed you both here, to bare witness. Before it happened."

Sendo was the one that would speak this time, "Witness to what Professor?" His former student asked. He to was becoming suspicious. They both knew Satomi was no joking mood since the execution of his cousin.

"To this." Satomi held handseal up and created 4 clones. The four clones quickly spread out, his amazing speed quickly covering the area. Him and the clones all then activated level 6 of the Susanoo technique.
_________________
Stats:
Strength: C
Constitution: C
Stamina: A
Speed: A
Coordination: B+ (Wealthy)
Intelligence: B
Perception: B
Satomi

His wife had never seen his latest transformations. Since he had died his powers had progressed tremendously. Giving this second chance at life he had slain many ninja and in return had been slain. Now the fruits of his efforts would be shown today. The giant chakra constructs formed into the tall beasts. An impressive sight to Juniper and Sendo. Then the giant gold susanoo dissipated along with the clones that housed them. "That was...amazing Sato." Juniper said stepping forward towards him. Her surprised expression turned into stiffened as he held a hand up stopping her.

"Much appreciated my love. However, I needed to knock the rust off. This is the true transformation." Juni and Sendo skipped backwards sensing an incredible surge of chakra. Even without a sensory ability, it was hard not to notice the swirl of power. Like before a giant blossomed into the air. Now they knew why Satomi wanted them to see it. They kept skipping backwards as the construct became bigger.

The Final Form of Susanoo. A legendary power that hadn't been seen in generations. The avatar grew to the size of a bijuu, with ancient samurai armor incasing it, Satomi was in the center of the forehead. With the power of the Eternal Mangekyo Sharingan, he now had power to rival that of the bijuus. Now all he needed to do was to collect Konohas lost artifacts.
_________________
Stats:
Strength: C
Constitution: C
Stamina: A
Speed: A
Coordination: B+ (Wealthy)
Intelligence: B
Perception: B
Satomi

Towering over the village, his view was as high as the heavens. This power was dominant, he must use it wisely. Never again would he be caught unawares by his enemies. Juniper and Sendo were open mouth, jaws hitting the floor in wonderment. Such a being had never been seen before, especially one the size of a bijuu. He deactivated the technique, and he guided himself back to the ground slowly. When he reached the ground his wife came running to him. "Your eyes...is it...?" He nodded. Confirming that he was had indeed taken the eyes of his belated cousin.

"So I had you both see this before the village did, which they may have."

"That's some surprise you had there. " Sendo said also stepping forward. He was also shocked at first but then was overcome with curiosity. The limits of their clan being a different experience.

"We have much to discuss. But let me continue my training. We'll deal with the specifics of what this means now." Satomi said to Sendo, but Juniper would know what this meant immediately. Since that was an order the two stood on perimeter to observe.

With the Eternal Mangekyou Sharingan still activated, Satomi made 3 more clones with a single handsign. There he would first use the right eye technique first. Now he was free to train his eyes without the fear of degradation. He would become one of the most powerful Uchiha to date. Satomi and the clones activated right eye technique four times teach. The movements were so swift it seemed as if all of them were simply blinking in and out of existence. Sato trained the use of this technique, using it four more times. This would evolve the eye to its final stage.

Satomi would do the same with the left eye. Now that the right had been trained successfully trained. All the clones and Satomi focused their left eye Kamui to pinpoint upwards deep into the sky. At this safe range they would all fire away. They would charge and do this twice more. Satomi would end the shadow clone jutsu and the experience from all the clones would come to him. The true power of his eyes had been unlocked.