Grazing of the lands 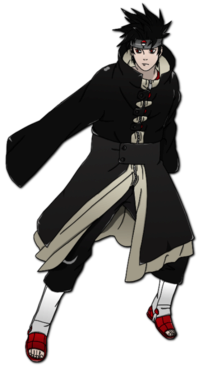 Grazing of the lands

It had taken Zenaku and his traveling partner the Kazekage about a week to reach the land of birds, he looked around the place when they got there tho all he saw was dried up looking grass and not many tree's. It really took its name literally as it was a savanna but from what he understood this area was very popular for travelers and settlers that would come though these parts. While the two of them was walking though the lands he had his guard up for they was there to try and take the land over from which ever village governed the place, that would mean they would be up for a fight at any time sense they had no permission to be there.

Zenaku would be more happy if they did not realize that they was even here yet cause he would rather get the upper hand and surprise the ninja protecting the area so they could end the conflict as soon as possible and be able to move on to the next area to take over.

" Hey lady Kazekage i heard that the land of birds was a settlement village so how much of a struggle do you think they will be able to put up. Its not like im worried after all before my eyes most all ninja are unable to hold a a candle to my sharingan."

Zenaku would ask the kazekage in a half joking half serious voice, he knew that he could handle him self against any ninja but those of the jonin level did pose some what of a threat.

Zenaku wasn't fast, something Nozomi didn't particularly appreciate. She was a woman of action, and a little impatient in some regards. Travel was one of those, considering she preferred to get to where she wanted to go as fast as possible. Still, they were in the land that they needed to be in now, and it was just a matter of time before they found the village they were looking for.

"Given the wars that every village have gone through? The minor nations have tended to lose out a lot on their number of forces, although the few that have survived have gained quite a bit of experience. There shouldn't be more than a handful of ninja."

Nozomi looked to Zenaku, sizing him up. She wasn't certain how well he'd be able to handle himself in all honesty. The troops that remained alive after all the battles at the start of the war tended to be Jounin level, with the leaders of the minor nations being around Kage level.

"Try your best not to die. I'll deal with their leader and whatever troops you can't deal with, but the more work I'm doing, the less help Konoha offered me, which may make me reconsider the deal I made. I'm already questioning that the 'aid' promised was a single shinobi to begin with, so if the Hokage thinks that his promise of help was fulfilled, unless you're something special, he's sorely mistaken."
----
-1 Perfect Copy
-0.5 Sensing technique
1/2 chakra due to Fission

Zenaku just chuckled at what the kazekage had said, he could already tell from her tone and the way she was speaking that she was not happy on a matter of many things, tho zenaku was not one to rush in to things that even included finding places cause it was always good to take in your surroundings and places you might travel past and if your always in a rush then your just not having fun. The kazekage explained that cause the smaller villages did not have a great ninja army like the main five then what ninja they did have they made sure to beef them up extra good so they was probably going to be facing jonin level to kage level ninja once they found the village here in the land on birds.

" Look i have no intentions on dying any time soon, but if the village is gonna be guarded well then we need to keep our guard up from here on out. Now as to the aid i look at it like this, you would not send in a bunch of ants to take on a hawk so in a meaning i shall be more then enough to take on some ants besides its never wise to underestimate a Uchiha of the hidden leaf, now our Hokage might not always think things out to the best of his ability but if he decided to send me then he must have a plan. Now are you gonna keep complaining or shall we find and take this village."

Zenaku at times did not know when to shut up so he hoped that the kazekage did not get to mad at him for his comments, but they needed to hurry up and take this village so they can hurry up and head on to the other ones cause if its gonna take this long to find the other villages zenaku would decide to speed things up and put in more effort tho it would be a Drag.
_________________
Stats:
Strength: (D)
Constitution: (C)
Stamina:(C+)
Speed: (C)
Coordination: (B)
Intelligence:(S)
Perception: (B)

Nozomi found that maintaining conversation was exhausting, so she simply cut the communication with her one word response. If Zenaku thought that he was good enough to survive, then he'd have to put his money where his mouth was. Actions were what meant the most, people could talk all they wanted.

They continued on searching for the village, and eventually, the two of them were put directly onto the trail. Between monitoring paths people had walked, speaking to people they met mid travel, and other general investigation, the location was found, and now all they needed to do was head there directly.

Zenaku heard the kazekage speak but all she had to say was sure, she was no longer interested in what he had to say and to be honest about the whole thing zenaku did not care. To be fair zenaku was not even wishing to be here trying to take over another persons village but this was a mission given to him right from his hokage and he also had high hopes that if he was able to survive this and reach his village alive he would be promoted to Jonin.

Zenaku and the kazekage would continue on with there search of the village that was here in the land of birds, they would track foot prints that was on the ground, they would ask fellow people that they ran across on the road, it took them a few hours of gathering information but eventually they got all they needed and they was able to find the village which they had been looking for and spent all this time on.