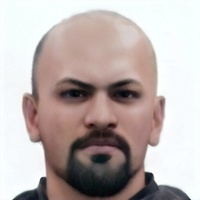 Mission:
Mission Name: Put up a Fence
Mission Type: Chore
Mission Rank: D
Mission Goal: Build a Fence
Description: A Civilian would like a Fence around his property, build it for him to his specifications.
Payment: 10k
Requirements: -

Masami had taken up the task of building a fence for some rich family that deemed themselves to important to dig the post holes and stick it in the ground themselves. He would arrive early in the day before the sun would be to high in the sky. He could see the posts and rails all neatly stacked on pallets as if they had been delivered the day before. He could see the tools left about with little care. Masami would pick up the post hole tool and with a methodical pace start to walk the property. Every couple of strides would bring down the tool to make a post hole.

Within an hour, Masami had lined the property with the post holes and now the physical labors would start. Masami would head to the pile of posts and drag them two by two to try and be efficient. He would be quick to bring the posts up and drive them into the ground before shuffling the dirt back around it with his boot. It would take longer having to walk back and forth from the piles to the farther post holes bit Masami was set on getting paid. Now with the sun seeming to be at its highest point the hardest of the labor was over, or that was what Masami would have liked to believe. It was time to the rails to go up and make these posts into a fence. Masami would try to line things up nicely but realize that trying to line up and then secure the rails would be a hard task alone. He resorted to taking the nails and securing one end to a post and hoping he had given himself enough on the other end to reach the next post. With another hour or two of guessing and redoing miss nailed posts, the job would be completed in the early afternoon of the day. He would collect his coat and the completed form from the family before heading off back to his meager living.
_________________
Masami | Updates | Registry | Tetsudashi
Current date/time is Sat Jan 22, 2022 12:20 pm