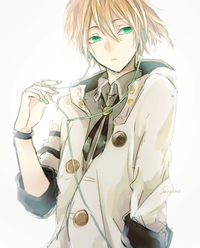 Inotsu wandered the forest until he found a suitable tree for his lumberja- um... his 'training'. Riku was specific about what they would be looking for in this place. Using his Sensing Technique, Inotsu read the flow of chakra through the roots of the forest, all interconnected and distributing their life force throughout itself. In that, however, there were trees which might be less connected or too connected in that they might be deprived of the lion’s share of the trees’ chakra. It took an hour or so, but Inotsu found one such specimen that fit what they were searching for, at least as far as it went relative to the rest of the forest. The tree was tall and thick and still full of chakra, but it seemed to have fewer connections to its surrounding trees.

To be safe, Inotsu concentrated on his own chakra system first, gaining a feel for it. He hadn’t used this a lot, but some animals from the forest were quite sensitive to life force, requiring him to suppress his chakra presence in this way. With a deep breath, his chakra flow seemed to slow, but in truth it simply became thicker as he entrapped and concentrated the chakra which irradiated off his body to stay within his internal systems, preventing external detections.

As the rest of the crew were lagging behind, Inotsu would begin his own “training” early, taking out a kunai and beginning to channel his chakra through himself, bolstering his power by clashing against itself. He hadn’t needed to use such a technique before when he lived with his dad, most animals going down with a single arrow or two, but for this plant it would require more of an edge. At first his internal energy found a difficult time pushing itself like this, barely making any difference as he whacked it against the tree. Over the next hour or so, however, Inotsu became more comfortable amplifying his chakra this way, like a muscle having finally loosened and the maneuver becoming natural to him.

After a few tries like this, Inotsu formed three quick seals and threw his kunai, which manifested a poof of smoke before revealing a slightly larger kunai. It clinked off the tree’s bark, barely having done anything. Undeterred by this failure, however, Inotsu continued with repeating this attempt until finally the kunai increased its size to that of a full blade, about 10 times its original.

There was a bit of an uncomfortability in the air, however. Riku was late… well, he was normally late, but still this was later than usual. The paranoia existed, of course, that the police or some teacher caught up to him or there was some protection on the forest set by those troublesome Senju to keep people from simply wandering in. It wouldn’t be unreasonable, this being a ninja village and all. With this thought in mind, Inotsu did as his father had trained him for these times, the Yamanaka being as wary of mind-affecting jutsu as they were effective at deploying them. Forming a seal, the blonde boy began to disrupt and stop his own chakra flow in order to reset it to normal, a hard reboot, just in case there was some strange illusion happening here. As it turns out, there absolutely… was not. Riku was probably just late. Again. Inotsu sighed.
Nara Riku 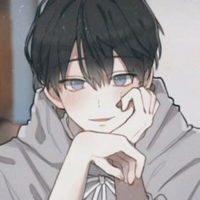 Riku was late. As usual.

He whistled lazily as he wandered through the forest, a deck of cards shuffling in the genins hands as he kept glancing from side to side to find his partner in crime. The Nara dressed in a brand new robe that he had spent hours deciding to purchase, much to the trouble of his schedule. The robe was a bright green as the base colour, with the rims of the robes a duller dark green. A happy little cartoon appearing tree with a smiley face was drawn on the back of it. Riku had felt it’d be great for camouflaging with the tree hugging Senju that tend to roam these lands. Thankfully, he hadn’t noticed any on his way into the forest. Though the thought that maybe they are the trees didn’t skip from the Nara’s mind, perhaps all Senju are living trees pretending to be humans. The concept brought fear into his very soul before quickly vanishing as he heard the familiar sound of someone having a fight with a tree.

“Lumberjack allies,” Riku exclaims loudly as he walks briskly towards the sound, his deck of cards shuffling in his cards idly, “Anyone have any luck in defeating the wooden menace that dares stain our beautiful village?”

The black-haired Nara turned around a tree to catch his eyes on his partner! The Yamanaka genin that he would, trusting the old traditions, likely be stuck on a team with for the next half dozen years. Not that it’s a bad thing, the concept of being trapped with that tide of red eyed Uchiha or god forbid tree loving Senju was a tiring idea that almost made Riku sob to even consider!  He shook his head as he approached the tree, giving it a weak kick before glancing back towards the Yamanaka.

“Alright, we need the tree down for some wood,” He comments glancing at it up and down, “What’s working?”
Inotsu Yamanaka

Riku arrived fashionably late, something the Yamanaka had no clue how to do. Even when Inotsu tried to arrive late on purpose, he would arrive just on time at the very most. Truly his sense of timing and alertness of it was some supernatural sixth sense. In any case, the blonde boy simply raised his thumb to Riku with an expressionless face.

At this point, Inotsu was firing and enlarging arrows to become a sort of one-man ballista, yet the arrows only made slight dents on the bark of the tree. He even attempted to mind-switch with the tree to see if he could will it to bend and break, only to realize that was both impossible and would snap himself in half at the same time.

Perhaps, tho, two heads would be better than one. Inotsu formed a hand seal, concentrating his mind outward, similar to the Mind Body Transmission technique. However when he touched Riku’s mind, he wouldn’t stop at a few mental notes being sent, but rather interlink their senses, like merging two strings into a single longer string. Within moments, Riku would open Inotsu’s eyes and Inotsu would open Riku’s, their senses shared between them.

Yet this alone would not be quite enough. The additional perspective was useful, but what Inotsu needed was Riku’s massive brainpower. Breathing in and out, the Yamanaka expanded his mind further, removing the boundaries nearly completely between his own self and what he had defined as Riku’s. He could hear Riku’s thoughts, and vice versa, but it was more than that, beyond the comprehensible and what can be conveyed in mere words.

In seconds within this state, Inotsu released the technique. That had been… overwhelming, to say the least. But through their combined brain power of two whole genin, Inotsu realized… they wouldn’t be able to break the tree, let alone put a scratch in it, with their current tools and skills. This is pointless.

» Tree's Company
» The Witches Tree [Private]
» If A Tree Falls Will Someone Hear Another Laugh?
» the accidental training [ coordination training]
» Practical Training [Solo|Training]
Current date/time is Tue Jan 31, 2023 1:38 am