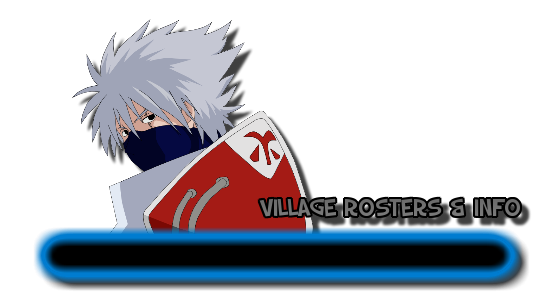 [Navigation]
Starting Rank
Primary & Supplementary Ranks
Note: Kekkei Genkai and Shinobi Clans that are listed under closed villages may be registered to any village as of now.

If a nation's exclusive techniques are stolen they will regenerate if they have a Training Grounds or Testing Facility purchased. Regeneration will occur 6 months from the date of theft.

The '*' symbol denotes a character that started as a Jounin and as a result takes up one of the village's three starting Jounin slots.
King of Games 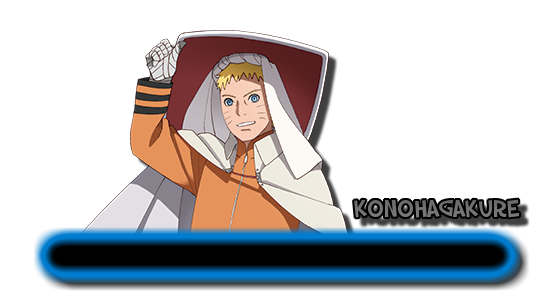 Spoiler:
The village of Konohagakure resides within the Land of Fire. As the village of one of the Five Great Shinobi Countries, Konohagakure has a Kage as its leader known as the Hokage. Konoha resides deep within a forest at the base of a mountain known as the Hokage Rock, which has the faces of all those who have taken the office of Hokage engraved on it. Being one of the first Shinobi villages it is also one of the largest. The weather is mostly bright and warm with clear skies. The standard attire for Konoha shinobi consists of blue or black shirts which may or may not have swirl patterns on the shoulders, along with matching coloured pants under a green flak jacket. They also tend to wrap bandages around their lower legs. Many Konohagakure ninja use Fire Release as their primary element. 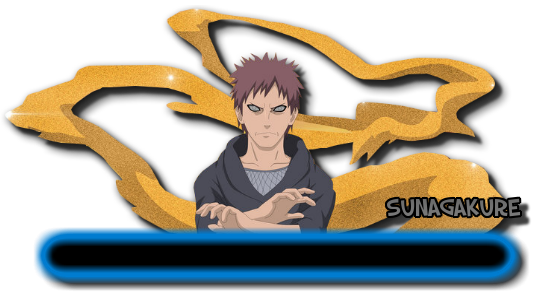 Spoiler:
Sunagakure is located deep within the deserts of Kishi. As the village of one of the Five Great Shinobi Countries, Sunagakure has a Kage as its leader known as the Kazekage. Being surrounded by desert offers the village a natural deterrent against invasion, as few foreign powers would be willing to endure the sandstorms and water scarcity common to Suna. Sunagakure itself lies in a fortified valley behind cliffs of rock, with passage in and out of the village restricted to a single cleft between two cliff faces, making the area very hard to attack from the ground. The buildings inside seem to be made of clay or stucco, which would help to keep the buildings cool. The standard attire for Suna shinobi consists of blue or black uniforms underneath flak jackets of various shades of beige to better blend with their natural environment and include shoulders guards. Headpieces consisting of a head-wrap and cloth neck-covers to protect against the harsh weather are popular with Suna shinobi. Many Sunagakure ninja use Wind Release techniques. 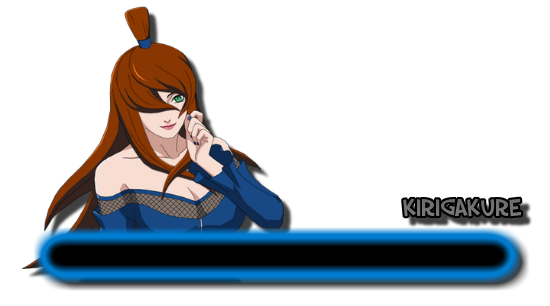 Spoiler:
Kirigakure is a shinobi village located in the Land of Water. The Land of Water is a series of islands far off the coast from the main land. Kirigakure is located on the largest land mass. As the village of one of the Five Great Shinobi Countries, Kiri has a Kage as its leader known as the Mizukage. Befitting its name, the village is surrounded by a thick mist, with several mountains in the background, making it difficult to find by foreigners. Kirigakure's architecture is composed of several cylindrical buildings, with the Mizukage's office being the widest and largest. Most of the buildings have vegetation growing on their roofs. The standard attire for Kiri shinobi revolves around a pinstriped material which the shinobi wear as bracers and greaves which merge into their sandals. Underneath this, they wear a full-black shirt and pants over which they wear the villages' standard grey flak jacket. 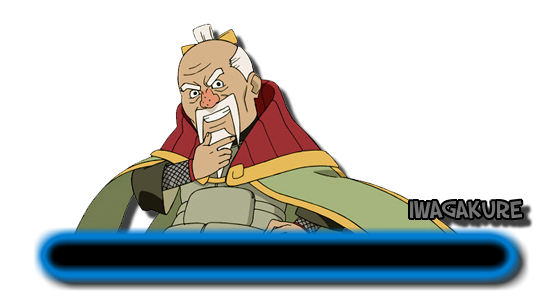 Spoiler:
Iwagakure is located deep within the Land of Stone. As the village of one of the Five Great Shinobi Countries, Iwagakure has a Kage as its leader known as the Tsuchikage. The rocky mountain ranges that surround the village provide a natural stronghold that it is very proud of. The village's infrastructure is built from much of the surrounding rock and stone, shaped into tower-like structures that are inter-connected by a network of bridges. The Tsuchikage's residence seems to be the tallest structure with a cone-shaped roof. The standard attire for Iwa shinobi consists of red outfit — which can either have one, or both sleeves — a lapel which is usually found on the side without a sleeve and a brown flak jacket — which also may, or may not have a pouch attached to it. They also tend to wear mesh armour around their ankles. Many Iwagakure ninja use Earth Release techniques. 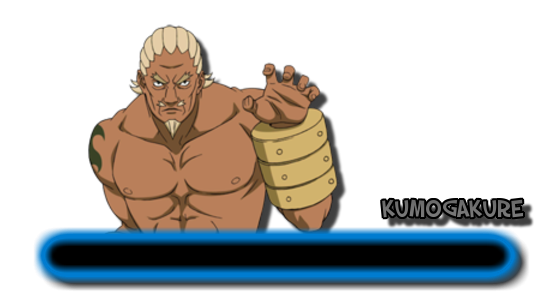 Spoiler:
Kumogakure is located deep within the high mountains of the Land of Lightning. As the village of one of the Five Great Shinobi Countries, Kumogakure has a Kage as its leader known as the Raikage. The village is located in a range of tall mountains, and is literally hidden in the clouds. The Raikage works in a large blue structure built into the tallest mountain. The standard attire for Kumo shinobi consists of a long, grey top which gathers just at the waist to give a sash-like appearance, with a matching coloured bottom. Over this they wear white, one-strapped flak jackets and arm as well as shin-guards. Many Kumogakure ninja use Lightning Release techniques. 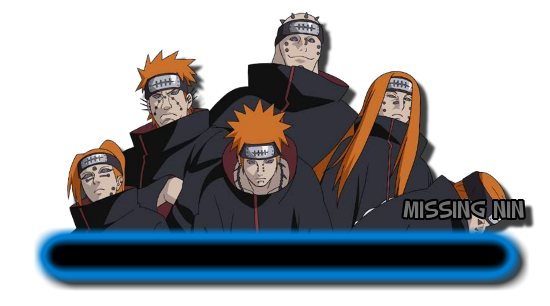 Spoiler:
Ninja who abandon their village with no intention of returning. Missing-nin are criminals in effect, if not before their defection then certainly after abandoning their duties. As such, missing-nin are usually listed in their village's Bingo Book to be killed on-sight. . 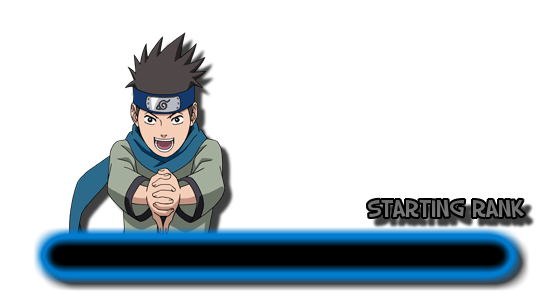 Generally new shinobi start at Genin but there may occasionally be opportunities to start at a higher rank. Every village has three slots for a starting Jounin rank. Starting out as a Chuunin however is closed for the moment.

1. Players are not allowed any starting limited slots (including Wanderer) without both passing an activity check and having staff approval.

2. Players that have been granted the privilege of starting limited slots are held to higher standards and will be under more scrutiny for Activity Checks.

-Registering as Jounin
Slots for registering as Jounin in a village are very limited.
The general number of slots open is three per village, but staff reserves the right to lock or open registrations for higher ranks as deemed necessary.

Spoiler:
The Capital City of the Land of Iron, Tetsumura is the home of the legendary Samurai and the base of operations of the Shogun of the Iron Country. It is a neutral land, staying out of the affairs of the ninja and their wars, but is open to trade that would benefit everyone. Here the Samurai practice the way of Bushido and work on their legendary weapon skills, so that if anyone were to wish to fight them they would be able to defend themselves. It was created in the place of the former capital, but renamed in order to usher in a new Era for the Land of Iron. It exists in a valley in the Land of Iron that has a river running into it, giving it natural protection from the mountains as well as the water. 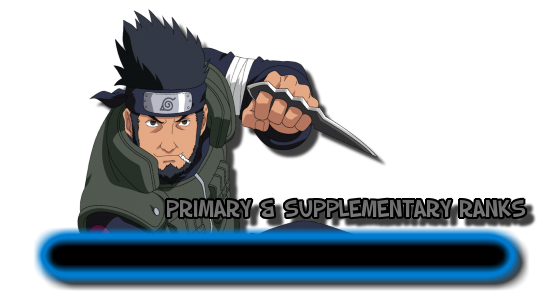 Primary Ranks
Genin (E-rank | D-rank): This literally means "lower-ranking ninja." Although considered official ninja,  fresh Genin are far from competent shinobi. They can be viewed more of as interns in the real world, possessing the essential skills for their job and are typically worked under a guided professional (Jounin.) Possessing little skill they serve the village mainly by performing meager labor to boost the economy while they train under a sensei. They have very little authority, aside from access into restricted training areas and inside administrative buildings in their village. To advance into the next rank a Genin must be appointed by their respective Kage.

Chuunin (C-rank | B-rank): This literally means "journeyman ninja." These are your average ninja, or the meats and potatoes of a village's military. These shinobi are competent fighters on their own understanding the basics of the ninja world and are proficient in their skills. Their strength is in numbers, as Chuunin are usually assigned into larger squads to execute very high ranking missions displaying sound teamwork between their peers. As regular military forces Chuunin typically serve the most responsibility in their village. They serve as gate and wall sentries, street patrols, investigators, solving petty public disputes, and so on. Most competent Shinobi spend their lives at this rank. In order to advance into the next rank the villagers must send their recommendations for a Jounin appointment (1000 Fame.) A Kage will then determine whether or not the shinobi deserves the rank of Jounin.

Jounin (B-rank | A-rank): This literally means "high-ranking ninja." Jounin are the elite of the standard bunch, whether they have served vigorously for years or are simply very gifted. Nonetheless, a single Jounin is very much capable on their own, skilled enough to defeat small squads without support. They often lead teams of Genin or serve as captains in high ranking missions. Jounin have a lot of authority in their own village. A Kage may grant their Jounin access to the village's exclusives. Jounin are allowed to create missions that benefit the village, though a Kage will have every right to revoke this privilege if it is being abused. Jounin are typically kept on stand-by and will have their own headquarters next to the Administrative Building for when emergencies arise.

Kage (S-rank): This rank is the coordinator of a Shinobi village. They control everything from events, resources, village actions, promoting shinobi, etc. Kage will usually perform actions under the interests of their Daimyo such as expanding territory or fortifying their village's strength. A Kage is the true face and ruler of a land, however, and may do whatever they please.

-Anbu (C-rank | B-rank | A-rank | S-rank): This is less a rank of skill and more of a special branch from the regular Shinobi forces. Anbu live their lives in secrecy, usually requiring some unique attribute and very advanced skills they serve as a village's special forces. Having more authority than most Jounin, Anbu are constantly serving out on the field in harsh conditions performing the most risky tasks. They are appointed by Kage in secrecy and receive the most action out of all the ranks, but have little opportunity for socializing.
Current date/time is Tue Oct 19, 2021 11:24 pm