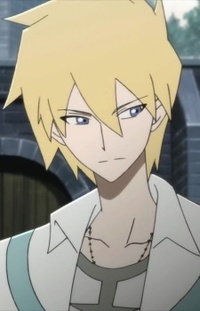 Zeke walked into the market area, this being his first time here. He was here to get some supplies for the next portion of the exam. He had a little bit of time before the next leg started. Something told him it would be good to pick up some supplies before heading off towards adventure. He walked down the lively street where people were selling and buying goods from all sorts of vendors. It wasn't long before Zeke found himself in front of an all-purpose store. A place to supply all of one's ninja needs. He made his way through the crowd into the supermarket of a store. Lots of people making their way around the store buying all matter of things. Zeke made his way over to the armory portion of the store where he looked over the goods. All sorts of weapons and gear that a ninja would use on a day to day basis was present. It wasn't long before he found himself in front of a piece of gear he could wear under his clothing. A chain mail short that could protect his torso at least. He reached into his pocket and pulled out a wad of ryo, knowing he had a limited amount to spend so he made sure to make it count. He grabbed a hand-carry basket and placed the chain mail inside. He made his way over to the glass counter where all sorts of thrown weaponry were present. “I will take about 10 shurikens please. Give me two flash bombs and two smoke bombs.” The clerk nodded and presented the items in a bundle for him to carry in the basket. “Oh give me some of those military ration pills too.”

With his items, he made his way over to the medical items. It wasn't a large section and it carried just the bare minimum. He grabbed a med-kit and threw that along with the other goods. Afterward, he found himself in the carry items section. Items that were used to carry other things. He grabbed a hip pouch and a backpack. He then carried all of the goods to the front of the store where he could ring things up. It didn't take long before he was all done and everything was bought. He reached into his pocket and let out a sigh. “Looks like I spent everything. I only meant to buy a few things but guess that isn't the case here.”