Preparing for the Worst 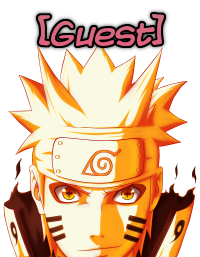 Preparing for the Worst

The training grounds for everyone that's a shinobi free to use. Is graced upon by the young Lion who decided today was a day for training. Even a jounin such as himself needs to warm up and train for the purposes of getting stronger. Or more skilled at this point. Sven is not garbed in his favored jacket this time, and is instead garbed in a simple white tank top over the regular mesh shirt with blue jeans and leather boots. Things as they were now, Sven really needed to step up on his game, and it has been a while since Sven used his techniques. Curled around his neck like some kind of necklace is this wooden snake with bronze plates. Not exactly his greatest work in puppets, but it was easy to make and still be useful despite how basic it is.

To get everything started, Sven reaches up to his puppet as he opens the jaw enough to let the razor sharp teeth of iron prick his finger. A bead of blood quickly forms as the burning sensation followed suit. Sven extends his hand out in front of him to let the blood drop. As soon as it did so, Sven formed the Tiger handseal. Sven being aware of the wound causes it to clot and seal the wound. The blood, though a mere tear drop size, was pitch black. Normally Chinoike would have to use a specific technique to cause it to be black, but to Sven it was normal and it acted different too. The instant the blood touched the soil, it was like watching the ground change color as it spreads out like some kind of veil of darkness encroaching upon the Land.

While the blood builds up by drawing in the iron rich liquid within the area within strong rates. Sven takes off the snake and sets it down to the side. Not wanting the blood to ruin his creation. That would be bothersome to fix it, as money was precious at the moment

Re: Preparing for the Worst

Some time had passed as the blood continues to build up and draw more from nearby sources. Sven bid his time watching the process grow before him. Truthfully he didn't need it to be ridiculously big, but just enough to make a pool of it. Though it seems to take it's time unfortunately since these things can't be rushed no matter how powerful he can make it. Still, it was enough to play around with it.

Sven begins to string along several seals together as he manipulates the blood into a circle around him. Upon the final seal, Sven creates twelve 7 foot long tentacles of black blood surrounding him. It was fascinating to him, and he preferred to refine the blood to manipulate faster than it normally would. In exchange it is not quite as strong as some others, but to Sven it wasn't the fact whether they hurt or not. Just gotta put the blood on the individual in Sven's opinion. During this time more blood continues to float above the ground as the Jounin analyzed the techniques.

It was fascinating on what this technique can do, as Sven swipes one tentacle at the empty air. He can follow up with a swift grapple around the target if need be. Sven can see how this will be useful in the future. Offensive purposes sure, but Sven wonders if it is possible to use defensively as well. Without a target to use against, Sven can't test this out to the full extent. Still at least Sven has some clue on what to do with it.

Re: Preparing for the Worst

Eventually, Sven will acquire enough blood to actually practice what he originally came here for. Perhaps it wasn't enough to try a particular idea in mind, but suitable to practice an defensive idea. Of course looking at the blood he collected Sven isn't sure if it is going to be bigger than what he hoped. Still, Sven got into thinking of how he was going to accomplish this. Manipulating the blood was fine, but to become durable one must infuse chakra more than usual. It really begs to wonder how much chakra is he willing to invest into this?

As he pondered, the blood was manipulated to circle around him. Albeit it is painfully slower than Sven would like for it to be. However, he can't really complain since the things he can do to make up for it. The Lion forms shapes of different types with the blood. Square, rectangle, triangle, sphere, and more. It helped Sven decide what kind of barrier should he make. A square is probably the most balanced as sphere would mean Sven will be suffocating with the blood filling up that sphere. That would not be his day if that were the case. So the Jounin begins collecting the blood he has gathered thus far into one cubic ton worth. Isn't much to be honest, but Sven didn't need to make it big. Just big enough to cover him.

So Sven played around with the handseals. Getting familiar of what would work and what wouldn't go correctly. Eventually he decided on four handseals to make this technique work. Dragon, Tiger, Ox, and Ram as the final piece of the technique. During the process Sven begins charging up his chakra as his eye shifted into the Ketsuryugan. When the final handseal was accomplished, Sven released the built up chakra into the blood before him. Sure enough, it erects a 10 square meter wall of black blood. The way it flows is going up as the top sprays little mist of blood into the area. The air quickly grew tainted with the smell of iron. Of course the barrier was more than big enough to cover him, but it takes up all of his blood leaving nothing else to work on. Maybe if he just had a little bit more blood he could defend and attack at the same time.