Making yourself useful I 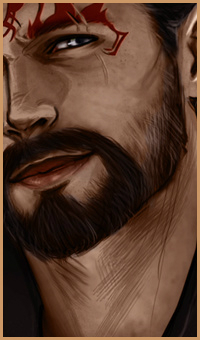 Making yourself useful I

Healing in the Infirmary
Mission Rank: C
Mission Type: Healing, Chemistry
Mission Goal: Heal the Sick, Cure the Ailed
Mission Description: The doctors of the infirmary requires apprentice green hands for helping out in the medical bay of Kumogakure. Help the hospitals by alleviating the sick and curing the diseased. Task include cleaning the sickbay, helping the doctors by providing diagnosis, helping nurses seralize utensils, and healing patients with Mystical Palm. Mission is repeatable; Daily
Shinobi Needed: 1-3
Payment: 25,000 per participant
Requirements: Genin±, Ijutsu

Re: Making yourself useful I

It was to be expected. Knowing Ijutsu and not being called to the hospital to improve and help out? For a long time, the oni had successfully stayed under the radar by hanging around the slums of Kabukicho but now, finally, they caught wind of her increasing ijutsu skill. The Administration had decided to put the oni to good use at the hospital. Treading lightly passed the waiting room full of sick people polluting the air, coughing around their germs like they were about to drop dead any minute, the demon made sure to keep some distance from them as she continued her path towards the receptionist. There, she'd be appointed to a waiting doctor, who would guide her through a maze of corridors and into a separate medics' room where he picked up a list with names.

"This might be new a new assignment for you but hospitals are always short-handed, so the pace picks up real quick. They told me you're rather capable for one so young so I'll be relying on you to heal up a couple of ugly wounds while I diagnose the patient. Think you can do that?"
"Sure.", she said casually. Not that she had much other choice at this point. Ditching the mission wasn't going to do her well, and messing up the patients would be even worse. That said, healing severe wounds wasn't quite what she was used to, her usual care being a couple of bruises and small wounds she had suffered in the slums. This would be a different matter. The man would nod, taking her word for granted and moved towards the first patient with her following closely.

"Mister Williams", he'd begin, pushing up his glasses as he read through the notes. His eyes were fixated on the strange apparition next to the doctor, a look of worry at the demon, shushed away by the doctor explaining the whole situation. Instructing Akari to handle the deep wound in the arm, he'd proceed with asking questions and taking up a myriad of different medical information. As she grabbed the arm to hold him solidly in place, blood would start to flow out of the man's arm. Channelling a healthy amount of chakra, her other hand would gradually start to close the open wound which had so far refused to remain closed despite care. Once most bleeding had slowed down, she would release the man's arm and move it to assist in the closure of the wound.

A slow process in the eyes of the oni who required to maintain precise concentration all the time, but a supernaturally fast healing rate in the eyes of the doctor and patient.Wound closed, Mister Williams would be beyond himself of amazement, chattering incessantly about how great medical ninja were and how he was extremely grateful about this privilege. So happy he even forgot that Akari was an oni, shaking her hands in gratitude afterwards and almost doing a little dance in joy.

"It might not look like much to you ninja but the healing process is remarkably fast in the eyes of the common man. It's an amazing potential.", he'd elaborate as the two went towards the next patient. Another man, leg horribly maimed, just short of having the bones splintered. From the looks, he was sedated with pain killers to the point he was barely present. Needing no information about the situation, Akari started to work her chakra and proceeded with another fatiguing process of deep wound restoration. Flesh would be restored, muscles reinforced, sinews repaired. The closer the healing neared its end, the lesser the pain became for the man until he fell into a comfortable sleep under the effects of the pain killers.

"Unfortunately, not all wounds are a beauty to behold.", the doctor said with a meaningful look as they moved to the third patient. A woman this time, stomach revealing a nasty triple slash. "A wild animal assaulted her on the road back to Kumogakure. She was lucky a patrol was nearby but the wound still needs to be healed."

So for a third time, chakra would surround her hands and restore the wound to a non-existing state. The wound was not all too severe, infection prevented as the nurses had already washed out the wound and applied the necessary products to avoid future infections. Luckily for Akari, who was starting to feel the extensive use of her chakra, the wound was mostly long rather than deep and so it would be restored rather quickly.

"Well, that was the last one for today. Glad you could come over. You did a magnificent job, so I might call upon you in the future again.", he said with a warm smile. Akari had preferred he didn't offer her a 'next time'.
"That's fine. Just let Administration know when you need me. I tend to be out or training, so there's no saying when I'll be available again."

He nodded comprehensively and handed her a small bottle of water before the two bid each other farewell.

Spoiler:
Name: Mystical Palm Technique
Rank: B
Power: A
Activation Cost: 10
Upkeep Cost: 5
Range: Touch
Speed: N/A
Element: N/A
Skill: Ijutsu
Classification: Open
Requirements: N/A
Parent Technique: -
Hand Seals: Ox → Tiger
Description: The Mystical Palm Technique is a Medical Ninjutsu which allows the user to speed up the body's natural healing process by sending chakra from their hands into a wound or afflicted body part. This allows the user to heal a patient without the need for medical equipment or surgery, making it very useful on the battlefield. It can be used to treat both external and internal injuries.

In most cases it will take three posts to fully heal a single fatal wound. This number can be alleviated by having more Ijutsu users using this technique present, each Ijutsu user taking a post off.

Weaknesses: When healing a wound the effects take place immediately, slowing bleeding and producing new cells. Failure to complete the full healing process will have the wound open up again. The amount of time how this happens is dependent on how long you treated the wound (Healing for two posts and leaving will take two posts for the wound to open again.)