Natsuru dressed different than usual. She wore formal attire, which was rarely seen despite her class status. Black dress shoes, a plum skirt, lavender blouse, and white overcoat. Her necklace was worn around her neck, but that being it for notable gear. She wore nothing compared to her ninja work. Today, she was a civilian. Or a supervisor to be more precise. Her navy blue hair ran straight down her back. On top of her head was a white hardhat as she stood before an unfolded table, blueprints and equipment scattered about. Laborers of all fields were present in the area carrying out their assigned task. A large, cleared lot was going to took become a manufacturing facility. This will produce various chemicals which will be used for household items like cleaner, degreaser, or soaps. They will also be shipped off for just about any other use one who knows their chemistry well. That phase of construction was far, far away. For now, Natsuru needed to organize the foundation and get the structure built up to standard. Among the other construction in Kumogakure to help it expand, Natsuru was apart of the quickly developing progress. "Time to start my legacy today." She said confidently with a smirk as she departed from the table to make her rounds on those working. She was a practical master in engineering to where she could work with those beneath her and even offer advice.

Re: Description and Role

The days were long, and with such a competent staff the first factory was built on schedule. It was large, taking up a couple blocks of the Central Business District. Being new, and Natsuru greatly respecting her city of residence, the factory ran off of natural geothermal vents to produce energy. A good portion of the factory's lot are geothermal plants with large pipes running from them to the main building. 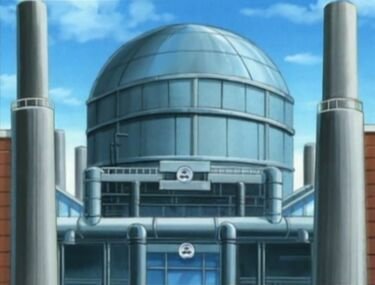 The main building has a wall surrounding it with steam stacks in the foreground to release the water vapor from its energy source. From the front entrance is a set of automatic sliding glass doors. This leads to the lobby area, serving primarily the business detail of the building where administrative worker handle their daily business and how employees access the rotunda, which is where the manufacturing takes place. The building is highly secure requiring a key card to scan and activate the glass doors. Upon entering two clerks are present to assist with any questions or requests. Several hall ways branch out to different sectors, however heading forwards leads to the heart of the factory. Located inside the rotunda is where the actual manufacturing of chemicals take place.