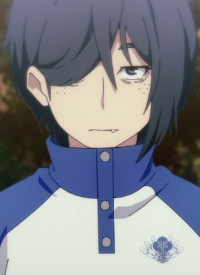 In the process of making my new character I've been told to round up the experience. When I asked why we can't use Decimals the main augments against them is that That's the way it's always worked and that it's too complicated.

Sure they way things have been done has worked in the past but that doesn't mean their isn't room for improvement. Before there was no real reason for decimals to come into play for exp outside of Rollover experience but things have changed.

Now that you've introduced a 15% exp discount option there's a reason to actually talk about how Decimals and Exp should work. Nobody like's being overcharged, which is exactly what the current standard of nearest 5 EXP, rounded up does.

If you want to raise a stat to D it's usually 150 exp but with the 15% off perk it should be 127.5 not 130. That's a whole extra 2.5 exp which means the discount on that transaction is roughly 13.334% which is not what was advertised. I know it might not seem like much difference but small charges tend to add up over time and it's the principle of the matter.

I understand why Decimals might be a problem if where where talking about complex calculations like Pie where you have more then one number in the integer part but I'm not asking for anything difficult like that.

To prove that it's not that complicated I present to you a comprehensive overview how exp spending would look like if we went with Decimals for people using this perk instead of rounding up. With this done the the amount of work involved to implement this suggestion should be trivial since the number crunching is already out of the way.

-Here is a simple guide for how much experience it would costs to increase a stat to a certain tier at creation while under the effects of Accelerating Returns.