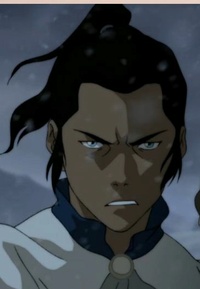 Clan History/Description: The term "Hiru" is a blanket term for everyone who can access the abilities of this scattered clan. Hiru clan members are produced by offering the body of a young child to a "Ten no kiseichū" or "Heavenly Parasite". This parasite can be found in the wild during select times of the year, although the Heavenly Parasite is more commonly bought in black markets by governments or weak clans in hopes to create a powerful child warrior.

The host offered to the parasite has a 50/50 chance of survival. The Parasite can only fuse with children under the age of five, death is certain at older attempts. If successful- The parasite creates a very durable and naturally gifted host, at a few cost though.

Clan Trivia:
+This method of human enhancement was discovered during the waring clans era. Because of the unethical risks attached to the Heavenly Parasite: popularity died quickly, resulting to more sinister associations.

+ Many villages have created task force for catching the underground distribution of the Heavenly Parasite. Although, some villagers have suspicions if leaders are really getting rid of the parasites.

+The Heavenly Parasite has appeared in a lot of folktales as a deceiver. The parasite appears as a small and beautiful glowing wisp, but is actually quite aggressive and dangerous.

|PHYSICAL| The host of the Heavenly Parasite undergoes a few physical changes that makes them easily recognizable. All Hiru members have heterochromia (two different colored eyes), pale skin, and more visible veins on their torso, legs, and arms.

|PSYCHE| The host of the Heavenly Parasite undergoes what some would argue are much more psychological changes than physical ones. Although, it is difficult to know exactly how dramatic the changes are considering how young the host is when given the parasite. A majority of Hiru members tend to lack empathy, they seem very devoid of human value. Some argue if the host is showing their true personality or the personality of the Heavenly Parasite. It's difficult to tell. Members typically seem unstable but calculated at certain task. Because of their situation many fear them and some even pity.

The Hiru have merged their bodies with the Heavenly Parasite at a young age. The insect burrowed into the child's body and merged with the human on a cellular level. The parasite changes the make-up of the child's body as they grow in order to function in a way the parasite would prefer for combat and such. These bodily and chakra changes are why villages have created child soldiers in the shadows.

Enhanced Vitality:
| Enhanced Vitality |
All members of the Hiru gave their bodies to the Heavenly Parasite at a young age. The parasite takes over the operations of many of the host's organs. Because of this, Hiru members can only be killed with very specific methods. Listed below are those methods. . .

* The parasite nests itself in the center of its host's chest. Destruction of the parasite's original body results in death for both the host and the parasite. Because of this, the host can not die from over bleeding on any level. The parasite is capable of replenishing the blood supplies as they're needed. The host is practically immune to death by cutting/bleeding but has a terminal weak spot in the center of the chest.

*The parasite is capable of operating the body of the host without their head for 15 post until dying unless they reattach the head.

(All members start with this. It's just their perk for existence)

Bloodline Limits & Drawbacks: Describe any flaws or weaknesses to your bloodline here. Generally, the more powerful a bloodline, the more weaknesses it will need. Use your creativity here.

Clan Techniques This is the place for any techniques that are related to your clan. This is a list that will be updated as you add more techniques for your bloodline, but to actually register those techniques, you'll need to use the Jutsu Registration forum. Be sure to include the "Group Exclusive" classification if you want only your clan to learn those techniques!
Current date/time is Sat Jan 22, 2022 12:02 pm