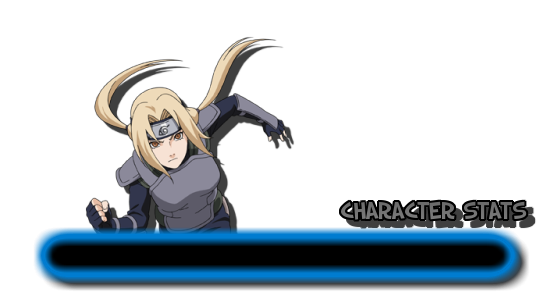 -Trade One Skill Point for One Stat Raise or vice versa. Maximum 3 trades either way. Trading a Skill Point to a Stat Raise rewards 500 Experience to put towards stats or Bloodlines, but does not count towards the character's total Experience. Trading in this way also does not award a flat Stat Raise; Raises are considered a maximum for how many stats a character can have and do not allow anyone to bypass the experience requirements for raising Tiers. While one can only trade a maximum of 3 skill points for a maximum of three stat point raises, you may always trade more skill points for a flat 500 Experience reward.

-Training a Stat to S-Tier Requires 2 Raises, Instead of the Normal 1.

- This is your character's physical strength. Their ability to lift, pull, and push are affected by this attribute. The amount of impact from hand-to-hand combat is greatly defined by this stat.

- Your ability to carry heavily loads is determined by your Strength stat. You must therefore be mindful of this when you describe what your character is carrying.

- Be mindful that your effectiveness with hand to hand combat may be compromised if there is too great a disparity between your Strength and Constitution stat. If you aim to pulverize, generate shock waves, or any other physical attack dealing kinetic force, that attack may damage your own body. One tier's worth of difference will only produce scratches and bruises at the point of impact. More than a tier's worth of difference will cause at the minimum, lacerations and broken bones (around two tiers' difference) and at a maximum, severe internal organ trauma (3 to 4 tiers' worth difference).

- This stat is your character's overall life force and their body's integrity. It governs your ability to deal with deadly poisons, deal with bleeding, provide resistance from various damage types, and overall tolerate pain. Your recovery is also determined by this stat.

- Stamina is your character's overall energy level and ability to perform techniques of various ranks. It also governs your limitations on what kind and how many you can use before exhausting yourself.

- The types of techniques and how many you can use is based on your Stamina Point Total which in turn is decided by your overall Stamina rank. Once your Stamina Point Total reaches zero or under you are knocked unconscious and any technique you attempt will automatically fail. However, it is possible to push your body to the absolute limit in order to ensure your technique succeeds even if you hit 0% or under. Unfortunately, pushing your body to this limit will kill you upon completion of the jutsu. If you choose to take this option it must be specified OOC.

- The Stamina Point Total accounts for all manner of spiritual and physical energy required for techniques including chakra. Once you go past having 30 of your Stamina Point remaining, physical exhaustion will set in. This will have a noticeable effect on your stats including: Perception, Strength, Constitution, and Speed. Each of these stats will incur a minus penalty for the remainder of the topic and/or until you rest.

-A character can forcefully exert himself to ignore the penalty caused by exhaustion. However, to do so pushes the body beyond its normal limit, causing more energy to burn in the process, effectively costing the character 2 points of Stamina per post when doing this.


- This refers to full body speed, in relation to the environment. The speed stat governs how quickly you can move your body across a fixed distance and how fast you are with respect to the environment around you.

- It is also important to note the greater the disparity between your Speed and your own tracking ability, the more likely you are to experience tunnel vision and blurriness around you while moving.

- Coordination is your character's overall balance and accuracy. Activities such as leaping between debris after a building was crushed, accuracy when striking a target, and your ability to do cool, dexterous stunts are all governed by this skill.

- Intelligence governs your character's intellectual capacity as it relates to logic, reason, creativity, and learning. It encompasses your character's in game knowledge of the physical and metaphysical mechanics that make the impossible possible. Intelligence also governs: your knowledge of various techniques, your familiarity with the global political atmosphere, and your ability to learn and master new skills.

- The Intel perk allowing you to learn techniques one rank above their class also extends to the cap on techniques for those who don't have the Genjutsu, Taijutsu, or Ninjutsu Skill. Where you may only learn D Rank Techniques and below if you don't have the skill, B Rank Intelligence for example would allow you to learn C Rank techniques. This perk only applies to the Genjutsu, Taijutsu, and/or Ninjutsu Skills. This does NOT apply to Kuchiyose, Chemistry, Crafting, or any other Skill except those three.

- Note that if your intelligence is debuffed or otherwise reduced in rank you will no longer be able to recall how to perform that technique if you learned it because of your intelligence. For example, if you have B Rank intelligence and it was reduced to C any techniques that you learned above your class or without the requisite skill would be forgotten. This is limited to instances where you would only know that technique because of your higher than average intelligence. In situations where you were taught a technique and were permitted to learn it as per your class level you'd retain this information even if debuffed to E Rank intelligence.

- Precognitive saves are for defensive purposes. This means that any action taken as a result of using a precog must first either be dodging or purely defending against an attack More information on them can be found here.

- This is your character's awareness of their surroundings both tactically and sense-wise. 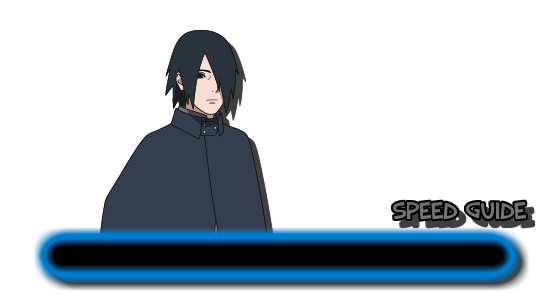 Disclaimer: The values shown above are not to be taken literally as a means to godmod or make other illogical actions. They are meant to be used as a guide and staff reserves the right to moderate accordingly.
King of Games 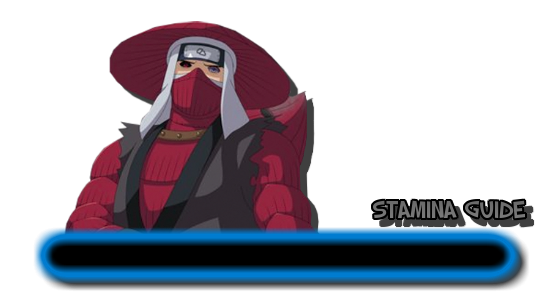 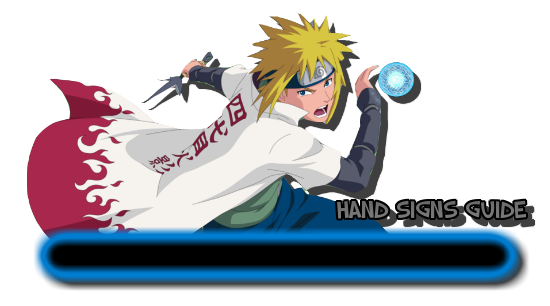 
Weaknesses/Power/Range/Speed/Cost determine whether the hand signs are closer to the minimum than maximum. 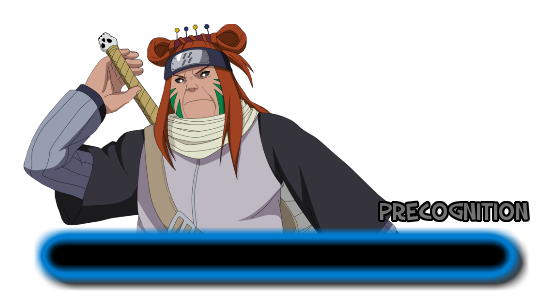 People with especially high levels of Intelligence (B, A, S, X) are able to predict their opponent's next moves after they've effectively analyzed them long enough. The amount of analysis in posts that an intellectual fighter requires before they can start to precognitively react to their opponent is gauged by their level of intelligence:

B-Rank: 4 posts
A-Rank: 2 post
S-Rank/X-Rank: 0 posts (Meaning you can precognitively react to an opponent's actions in the same exact post you analyzed them)

Analysis, to put it simply, is the act of following the patterns in physical cues, movements and so on that one's opponent performs before they make an attack. This could be as simple as simply sliding their left foot forward, or blinking before they rush on towards you. For the sake of simplicity, rather than trying to state that someone does something that counts as a cue without them explicitly stating it in their post of attacking, this is moreso the act of simply stating that you've begun to follow what they do and the actions preceding it.

Analysis must be noted OOC at the bottom of one's post.

Furthermore, so long as you can see your opponent, you can analyze them. Whether it's in lapses (such as a 3 tier difference between your Perception and an opponent's Speed), you can still analyze them based on their bodily positioning. This can be mostly interpreted as a preemptive assumption on what they're doing next because of the position their body is in, even in the case of that brief visual you have on them, allowing you to capitalize upon it. You can use other senses rather than sight (for example hearing) but your ability to substitute sight for precog analysis will depend on your Perception stat. You Perception must be high enough so that your other senses are effectively just as good as your visible sight.