So there has been some confusion surrounding the technique Kirisame. This confusion is regarding what it dissolves and how it reacts. In this suggestion I am hopefully going to clear the air regarding the infamous Kirigakure Exclusive technique and possibly rewrite it to make the technique clear and understandable by making rigid limitations to its ability. Below is the current write up of the technique for your reference.

Version One: This is the classic Mist Rain which involves a light mist followed by heavy rain. This version devours all Ninjutsu up to S-rank. Fuuinjutsu, Genjutsu, Taijutsu, cloaks, and all other platforms are unaffected by this version.

Version Two: This version of Mist Rain is a much denser mist followed by light sprinkles. Here the Mist Rain influences external cloaks such as LRA, Susanoo, and Bijuu cloaks. Below shows how the mist rain affects various cloaks:

For LRA:
-boosts granted by LRA are not effected by the mist rain
-lightning armor shroud is dissolved

For Bijuu:
-ineffective against non sealed Bijuu
-ineffective against Tailed Beast Mode (when not used in CM like Naruto)
-dissolves Bijuudama and Tailed Beast Chakra Arms and other Bijuu techs
-Tailed Beast Shockwave cannot be used in Kirisame, but can be used outside of it to push it back
-Ineffective against Bijuudama with power ranking X or higher (will probably only be done by non sealed Bijuu -pretty sure)
-Mostly dissolves cloaks, like Version 1, Version 2, and CM, but leaves enough for you to know that it's active. This will eliminate the perception confusing ability of V1 and the cutting immunity of V2. Chakra Mode will no longer look pretty.

Weaknesses: A major weakness following Mist Rain is that the user is just as vulnerable to the technique as anyone else. This means, despite it being their own technique, the user's own technique will dissolve following the activation. This also influences everyone, including allies. In addition, if two Mist Rains were to collide (another person casting Mist Rain outside of the sphere of influence of another) they will cancel each other out. Kirisame does not affect boosts.

I can understand its current write up can be misleading. The first line of the description states it devours chakra, but in the descriptions over the versions it states it eats all Ninjutsu up to S-rank.  The discourse in the chat suggested multiple interpretations of this description, many which I believe are greatly out of proportion. I won't cover them all, however I will state what I believe the technique represented at the state and submit a written version of it to be easily C&P into the Library if approved.

The Rain Must Touch the Technique to Influence It: Here is the largest misconception I believe which sparked this debate. This technique is not a general AoE chakra shutdown technique. This technique utilizes rainfall and the water droplets to achieve its goal, which in this case is dissolving exposed chakra (will go more into detail on this). Any form of shelter, whether it be inside a building or underground counts. This means Earth Ninjutsu which utilizes earth by shifting it is unaffected..

This Technique Devours Exposed Chakra, Not Chakra Product: Another big misconception I believe was how Kirisame reacted to preexisting structures created by Ninjutsu. It should be explicitly stated this technique only affects a certain type of Ninjutsu, instead of all Ninjutsu in general. Namely shape manipulation.

Chakra Product is the yield of a technique. If I use the Water Bullet Technique and I hit my target the only thing that should remain is ordinary water and not the user's chakra. Chakra was used to create the element. You don't make special "chakra water" which can be distinguished from regular water.

In this case the water is a chakra product, something made from chakra but doesn't have any chakra properties. Now although the Water is unaffected by Kirisame, the technique fails at Shape Manipulation. Although the water isn't made of chakra, you use chakra to hold it together in a dense torrent. That's how you get damage out of Water Release technique. You make the water dense by holding it together using Shape Manipulation and send it at an opponent with high speeds.

Now in another scenario, a Kaguya is standing in Kirisame. They use Dead-Bone Pulse to grow a bone spike from their palm. This ability is not inhibited by the Mist Rain. Why you ask? Kaguya Bone is a Chakra Product which, as a result of the user being able to manipulate their bone cells with chakra, they can not only grow more bones, but increase their density. And it is very important to note that bone growth does NOT start from top to bottom, but the other way around. Kaguya Bone is produced from the center of the bone and out from there. That serves as a natural weakness for Kaguya. A Kaguya cannot materialize a bone spear out of thin air. It must start from their body and grow. Despite being a Chakra Product and not being affected by Kirisame in general, the bone starts from the user's own internal bone structure. The bone exposed to the rain is done growing. If a Kaguya chooses to increase the length of the bone spike, the spike gets pushed out further from the body of the user's original bone. What doesn't happen are little bone cells carried by chakra workers streaming up the side of the bone and get built from there. That's just factually incorrect.

So what does this mean?

Because these are technique which come from the ground and the ground serves as a natural shelter from the rainfall.

Below is my new interpretation of the Mist Rain Technique which I believe helps clean up a lot of the bad wording and balances the technique in general.

Weaknesses: This technique only affects shape manipulation. This means it can only influence Ninjutsu whose chakra has direct contact with the rainfall.

[b]Weaknesses:[/b] This technique only affects shape manipulation. This means it can only influence Ninjutsu whose chakra has direct contact with the rainfall.

Short and simple. There are a few things I changed:

Kirisame is a great technique, but over the years with the addition of Restricted stuff I questioned how the technique wasn't a Restricted Technique for so long I feel it is finally nice to get around to mellowing it out.
_________________
Stats:
Strength: B
Constitution: A (A++ Physical)
Stamina: A (S w/Demon Bell)
Speed: B
Coordination: A+
Intelligence: D
Perception: A
Madrigal Hyuga Re: The Infamous Rain Technique

If you're reducing it's power as a whole, why not reduce it's rank too? The range in which it can be used could be reduced to make that easier since all it requires is the user to be underneath it to be protected against that very shape manipulation.

For the record, I do agree with this interpretation for the most part, although I do feel that maybe that taking away one of the counters to things like bijuu bombs, cloaks, susano'o, etc, when there's already not very many of them might not be for the best? Do note I say that having not fought a jin, or an Uchiha with Susano'o, etc. But I can't imagine much fucks with them once they get going. 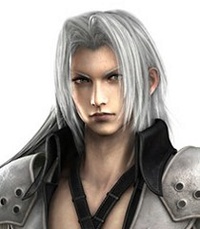 Re: The Infamous Rain Technique

I don't agree with the last bit or so. It doesn't harm and it works against the user. It doesn't stop cloak boosts or anything so its not like its stopping someone from using their cloaks. To make it simple I thought any construct made from chakra should disintegrate like acid. Natural sources though should be good.